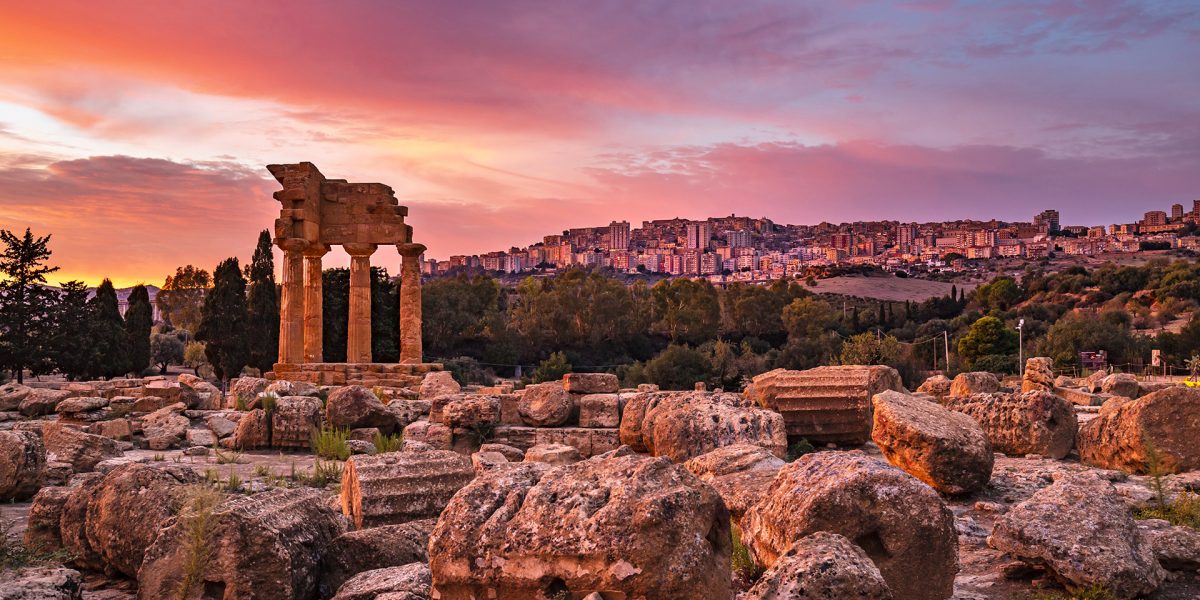 The Valley of the Temples is the first archaeological site in Italy to present a cultural and social sustainability report.

The Park of the Valley of the Temples is the first archaeological site in Italy – and the first cultural destination in Sicily – to produce a sustainability report. The report offers an insight into the impact caused by a site on the surrounding environment. This is not only in terms of the economic implications but also, for the very first time in Italy, also its social and cultural impact, as well as enabling the planning and direction of future events. This involves both the public and private domain: the Park itself and those who manage its services and have engaged in dialogue with the region.  It is a very complex project conducted by CoopCulture which oversees all of the services of the Valley through ATI (MondoMostre, Skirà, Bluecoop, Ipacem, Cooperativa Archeologica), and carried out by SITE experts through hundreds of surveys of visitors to the archaeological site. The figures are extraordinary and offer a comprehensive cross-sectional overview of the Park, its visitors and the entire Agrigento area in 2017. The average visitor (Italian, young, often educated to degree level) has a very high level of satisfaction – 8.64 out of 10, while 86% of visitors say they would make future visits, including to other sites. The Park recorded revenues of over. 5.5 million euros in 2017, 4.6 million of which came from ticket sales alone, despite the context of a decrease in tourism in the Agrigento region (source: ISTAT): 1,292,586 total tourists in 2015 compared to 1,036,316 in 2017. The cash impact is 2.64, meaning that every euro spent has an impact of 2.64 euros. Turnover from concessionaires was 2,580,000 euros against investments of 0.5 million euros and a supply expenditure of almost 1 million euros.

The Park has launched new excavation works and brought to light 3000 square metres of pre-existing sites in 2017 alone, beginning with the Hellenistic Theatre which made a splash in newspaper and television news reports around the world.

Visitors to the Park of the Valley of the Temples in 2017 totalled 857,333 (a 31.6 % rise compared to 2016, which was up by 15% on 2015). Information and reporting channels were improved and some 454 public events offered. The Park sold 352 annual residents’ memberships for participation in visits, events and exhibitions. It is a unique destination unlike any other in the South of Italy. The Park also opened its doors for hundreds of events, which welcomed thousands of visitors, including a very high percentage of residents. The Almond Blossom event attracted an audience of 20,000 visitors alone.

A total of 700,743 tickets were sold in partnership with CoopCulture RTI, with increases of 45.9% in July, 56.4% in August and 31.1% in September, the latter usually recording a much lower number of visitors. Over 80,000 tickets were sold for the Garden of Kolymbetra run by the Italian Foundation for the Environment (FAI), which had previously been in a state of decay The bookshop made 31,553 sales, 89,955 visitors went to the café, 11,729 used the internal shuttle service, 5478 took part in guided tours and 34,098 opted to use the audioguides. The park welcomed 2700 students on educational visits, participated in international fairs, produced and distributed promotional material and information (flyers, leaflets, and a newsletter) and established relationships with specialist and general media outlets.

THE AVERAGE VISITOR
The average visitor to the Park of the Valley of the Temples is aged between 26 and 65 and is educated to a moderately high level. Gender balance is largely equal, with a slight predominance of female visitors (55%). Italians accounted for almost half the visitors (49.50%), followed by France (31%), Germany (13%) and other European countries. The average visitor is almost always a professional (23%), followed by pensioners (17%) and workers in the private (13%) and public (10%) sectors. The average visitor is usually making their first visit to the Park although may already know about it or have heard of it in the media. The length of stay in the province of Agrigento is short (one or two nights) and is predominantly spent in B&Bs or holiday lets (75%). People usually arrive by private transport and most visitors eat at least one meal in one of the on-site restaurants (54%). People usually go to Agrigento to see the Valley of the Temples (61%), often as part of a tour of multiple Sicilian tourist destinations (Palermo, Catania, Syracuse, etc.). Foreign visitors tend to combine their visit with a trip to at least one of Italy’s main cities (Rome, Naples and Campania, Milan and Venice). Visitors are very happy with the experience and its associated services, giving a score of 8.64 out of 10, with good levels of satisfaction for guided visits and ticketing services, with 65% of visitors anticipating that they will return on visit and trips to other cultural sites.

YOUNG EMPLOYEES
The Park of the Valley of the Temples pays great attention to its front-office: a public recruitment call issued by CoopCulture RTI received 2000 applications, from which 43 staff were selected and hired on a full-time basis. Most of them are under 30 and educated to degree level, and over 60% are female. They speak a total of 11 languages, including Arabic, Russian, Chinese and Japanese. These young people are the true feather in the cap, not only of the Park but also of the entire Agrigento region.

VISITOR FACILITIES AND MATERIALS
A tailored visit for every visitor. The Park has developed programmes, guided visits and materials for adult individuals and groups, families with children, young people, foreign visitors, immigrants and migrants. Since May 2017 the Park has offered audioguides in Italian, English, German and French, as well as an introductory tour delivered by Skirà in four languages, which covers the Park, the archaeological site “Pietro Griffo”, the Birthplace of Pirandello and the archaeological site of Heraclea Minoa. In addition, Mondo Mostre, an RTI licensee, has worked to set up and run contemporary art exhibitions, a project that in 2018 hosted the international exhibition of artist Jan Fabre.

ACCESSIBILITY
The Park is well-equipped to provide access for visitors with disabilities. The RTI licensee in cooperation with the cooperative IPACEM has launched a shuttle service using environmentally friendly electric vehicle to offer free transportation to visitors with disabilities to areas of the Park, which are usually inaccessible. Moreover, information panels for visually impaired visitors have been installed.

SERVICES AND TICKETS
From the entrance to the Valley to the ticket office, a path has been constructed with multilingual information panels explaining the various options for visiting the Park and the cultural sites in the Agrigento region. The panels also display the Park regulations, the accessibility map (itineraries for mobility scooters and blind, visually impaired and deaf visitors), the itineraries and the various types of ticket on sale. Electronic ticketing – the first of its kind at an institutional site in Sicily – has been installed, allowing visitors to buy tickets and services online and enabling the management to constantly monitor visitor flows. Also, in July 2017 the third entrance to the Park with a ticket office was opened.

DIODOROS PRODUCTS The Park has entrusted some of its state-owned land to private licensees, reducing management and maintenance costs. It is an excellent example of best practice in terms of partnership between the public and private sector. The products grown or produced locally (wine, wheat, pistachios and honey) have also been selected for sale in Eataly stores in Italy and abroad. The Park has also extended the partnership by creating a hamper of Diodoros products.

THE PARK’S AIMS
The Archaeological Park of the Valley of the Temples essentially aims to: 1. Optimise access points and visitor itineraries. 2. Facilitate greater use of the Park areas affected by the most recent discoveries, such as the theatre and the Roman Hellenistic Quarter. 3. Transform the Park into a driver to optimise the entire cultural heritage of the region. 4. Optimise the visitor experience and engagement using new technologies.