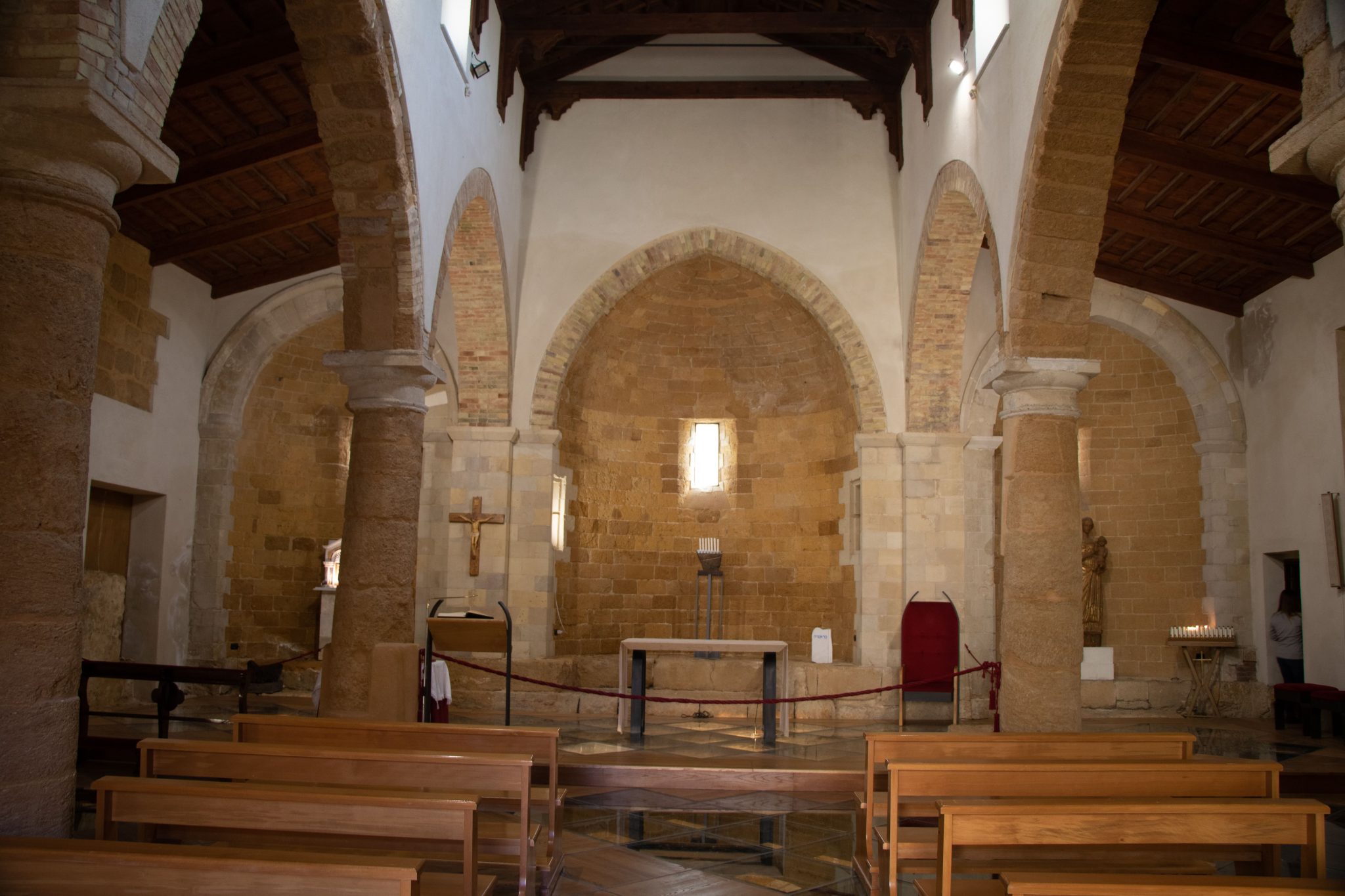 The church of Santa Maria dei Greci rises in the heart of the historical centre of Agrigento, almost on the top of the Hill of Girgenti, integral part of the ancient Akragas. The building was erected over an ancient temple of the classical age, perhaps already in the Byzantine period, undergoing numerous changes, especially from the twelfth-thirteenth century, which have determined the current appearance. The temple building, dating from the first half of the fifth century B.C., had a cell tripartite pronaos, naos and opisthodomos surrounded by a colonnade (peristasis) of 6×13 columns. A corridor accessed from the courtyard in front of the church allows us to see the base of the temple and the lower part of some columns on the north side; remains of the colonnade are also visible inside the building, incorporated into the perimeter walls. According to one hypothesis, it could be a temple of Athena, whose existence on the acropolis of Akragas is mentioned in the sources. Behind a medieval facade with a pointed arch with multiple frames, is hidden a building with a basilica plan with three naves culminating in three apses. The archway entrance was restored during the 14th century with grants from the Pujades family, whose coat of arms can be seen at the top of the archway and at the base of the two side capitals. The nave is defined by Doric columns supporting pointed stone arches; the roof consists of a 16th-century lacunar gilded coffered ceiling. The transparent floor allows us to observe the funeral crypt with a barrel-vaulted hall, built in the 18th century by the Confraternity of Santa Maria dei Greci. The southern wall bears a fresco of the Sicilian school painted at the turn of the 15th and 16th centuries, which tells the story of the life of the Virgin Mary, with continuous references to Jewish culture in honour of the origins of the commissioners, the Pujades family: around the panel with the Virgin seated on a throne holding Jesus, there was a cycle with seven representations, of which the surviving ones depict the Angel announcing the birth of Mary to Joachim and the Presentation of Mary at the Temple. At the bottom, Jesse, the progenitor of the Davidic line, holds a strong root from which the branches that frame the family tree of Mary and Jesus grow.