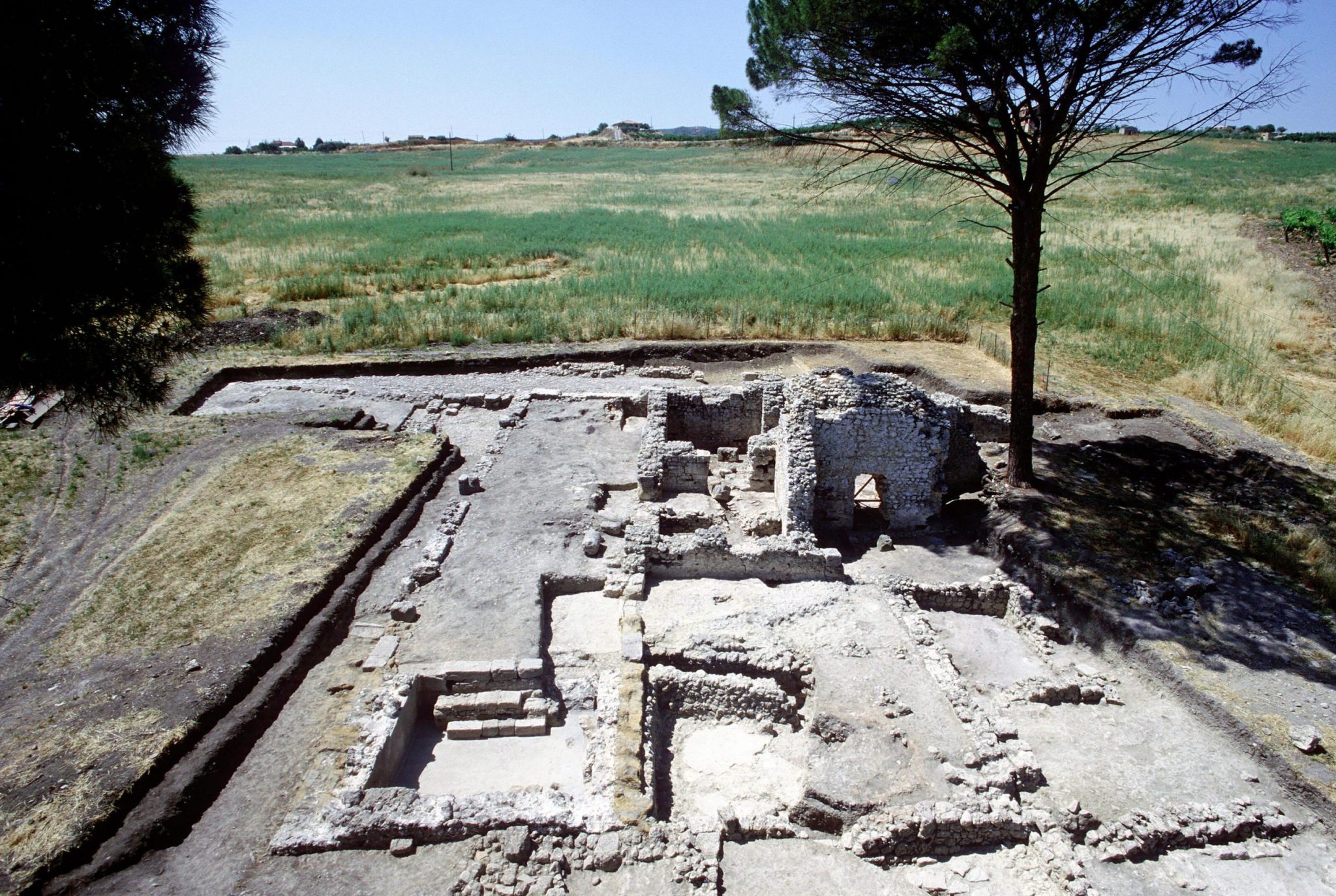 Vito Soldano district, seat of a large late Roman settlement, known for a long time and investigated with various excavation campaigns since the late 1950s, extends a few kilometers east from Canicattì. The excavations brought to light a building with a thermal character, consisting of rooms strictly connected to the cycle of baths, both heated (tepidarium, calidarium) and unheated (apodyterium, frigidarium), and accessory rooms, probably used for gymnastic activities, massages etc. The properly thermal environments were made of concrete and probably had a vaulted roof: part of one of the vaults, relating to an apsidal environment, has been preserved over the centuries. During the excavations, several specimens of clay tubules, of a kind usually used for vaults’ lightening, have been also found. The discovery of several mosaic tiles testifies that some of the environments must have had mosaic floors, which, however, are no longer visible.

The thermal complex was located within a vast settlement, of which only a few streets, orthogonal to each other, and a small part of the town, probably coeval to the building of the baths, built in the Constantinian period (late 3rd century/early 4th century) and abandoned around the middle of the 5th century, have been brought to light so far. In the settlement, the mansio of Corconiana has been identified: it represented one of the resting areas along the Roman road Agrigento-Catania mentioned by the Itinerarium Antonini.