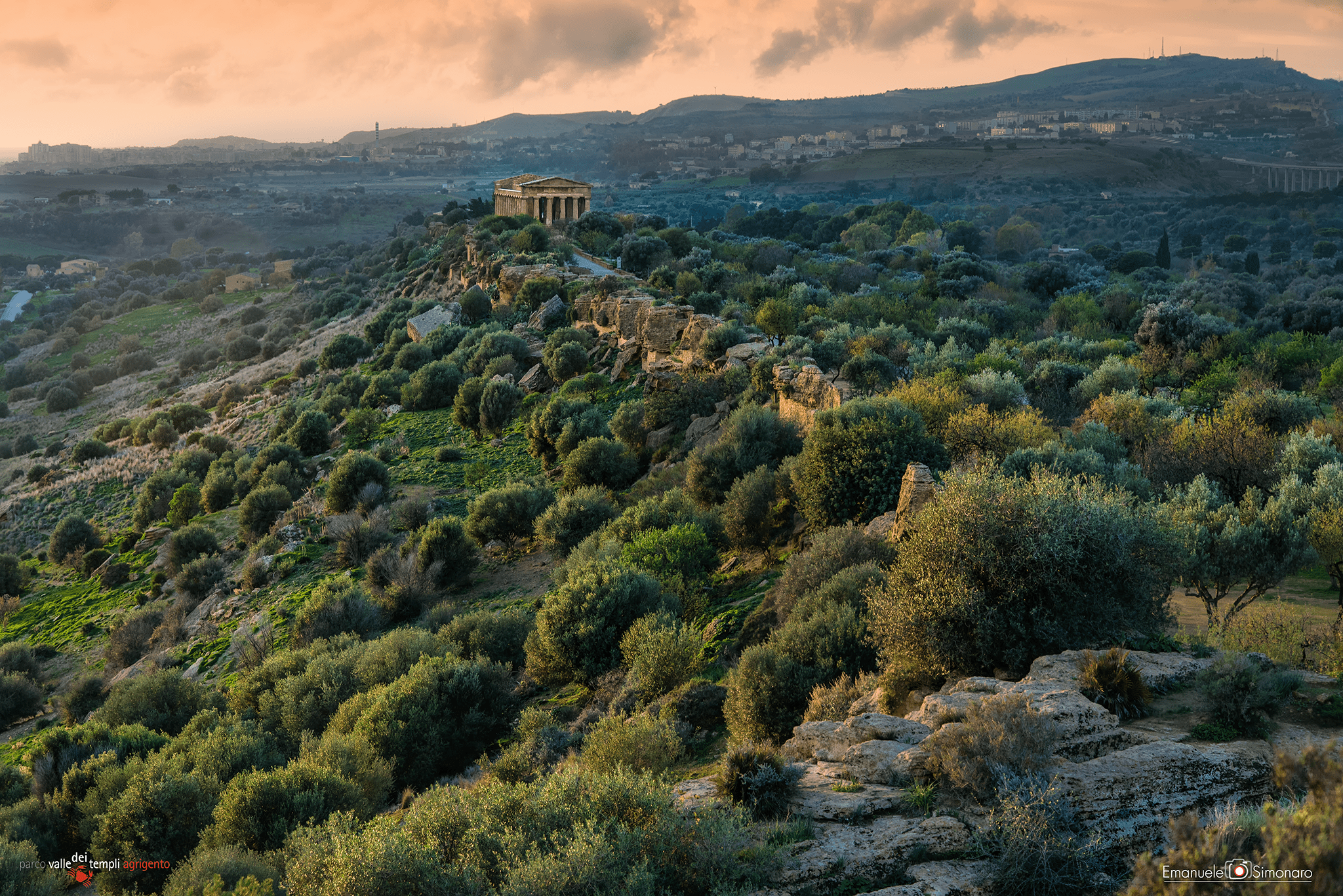 The “Mediterranean maquis” is the characteristic vegetation typical of many of the islands and coastal areas of the Mediterranean, composed of trees and shrubs which, in the course of evolution, have developed a series of strategies to survive the arid summer.
On the steep calcarenite limestone faces and the rocky habitats of the park, a maquis of rare beauty is represented by carob trees with sweeping canopies, bay trees with fragrant leaves known for their anti-bacterial properties, wild olive trees, mastic trees, buckthorn and phillyrea.
Euphorbia dendroides, or tree spurge, a plant with extraordinary colours that blossoms during the year, paints the landscape in a palette of unique and ever-changing shades.
Myrtles, which usually feature among the shrubs of the Mediterranean maquis, have reached exceptional sizes and shapes in the Kolymbethra Garden and, like the “Saracen olives”, are counted among the Valley’s monumental plants.
Dwarf palm is the only species of the maquis that grows wild in the Mediterranean basin and has played an important role over the years, as denoted by the impressions of its fan-shaped leaves on ancient Sicilian coins and medallions. Until a few years ago, its boughs were used for trellis work while its fibres were used for padding, ropes, mats and brooms, known as “giummarre” in the local dialect.
The Mediterranean maquis is the most important natural element in the park, taking root in areas which were traditionally difficult to access and thus not easily cultivated and so developing undisturbed.