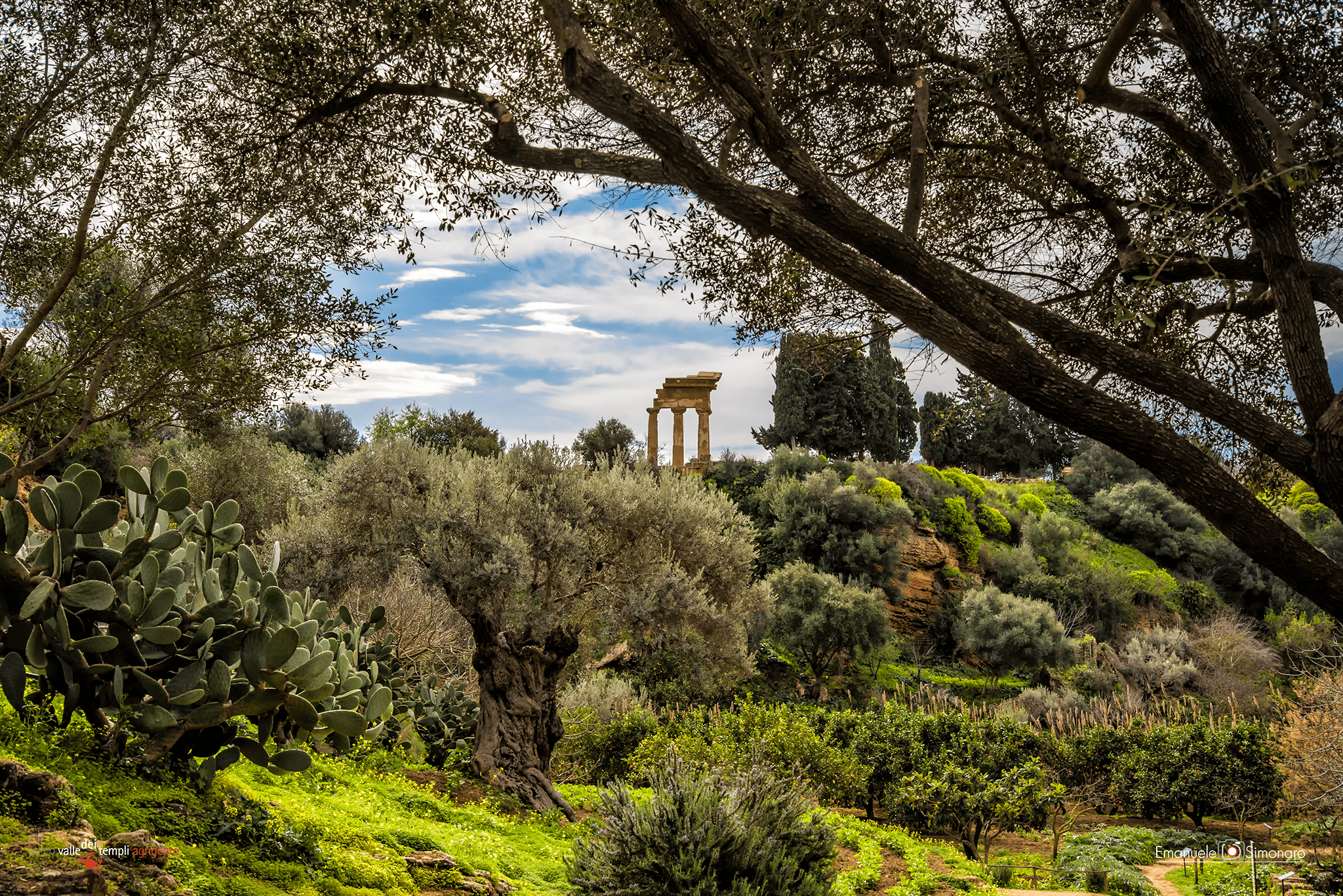 Kolymbethra Garden is found in a small valley between the Temple of Castor and Pollux and the Temple of Vulcan, in the site of the ancient artificial lake (κολυμβήθρα = pool, both, cistern, fish-pond) commissioned by the tyrant Theron after his victory in the battle of Himera (480 BC).

Initially a “sumptuous pool populated by fish and swans” as described by the Greek historian Diodorus Siculus, the pool was then filled in to become a fertile orchard. When citruses were added, it took on the name of “garden” according to the traditional naming conventions of Sicilian citrus groves. The garden, which was abandoned in the 1980s, has since been restored to its original purpose thanks to the work of the FAI (Italian Foundation for the Environment).

Today the six hectares of Kolymbethra Garden encapsulate the agricultural and natural landscape of the Valley of the Temples. The steepest terrains are home to the plants of the Mediterranean maquis; beyond the little river there is a citrus grove – one of the last Sicilian “gardens” with ancient varieties of lemons, mandarins and oranges fed by traditional Arab irrigation techniques. Where the water does not penetrate, mulberries, carobs, figs, prickly pears, almonds, myrtles and “Saracen olives” abound, while numerous other species of fruit can be found throughout the garden.

The Kolymbethra Garden is an example of the active protection of a traditional agricultural landscape, encompassing productive, environmental, cultural, ethical and aesthetic elements.

Kolymbethra’s beauty derives from the shape of the trees, the colours, the fragrant fruits, the fascinating phenomenon of reflowering blossoms that continue seamlessly through the seasons, and the shade and coolness provided by the evergreen canopies.

The environmental trail is a 4-kilometre-long route that extends from the Temple of Vulcan to the Temple of Demeter, immersed among monumental olive trees, almonds with evocative winter blossoms, myrtles and carobs of extraordinary shapes and sizes, citrus gardens and a Mediterranean maquis of rare beauty.