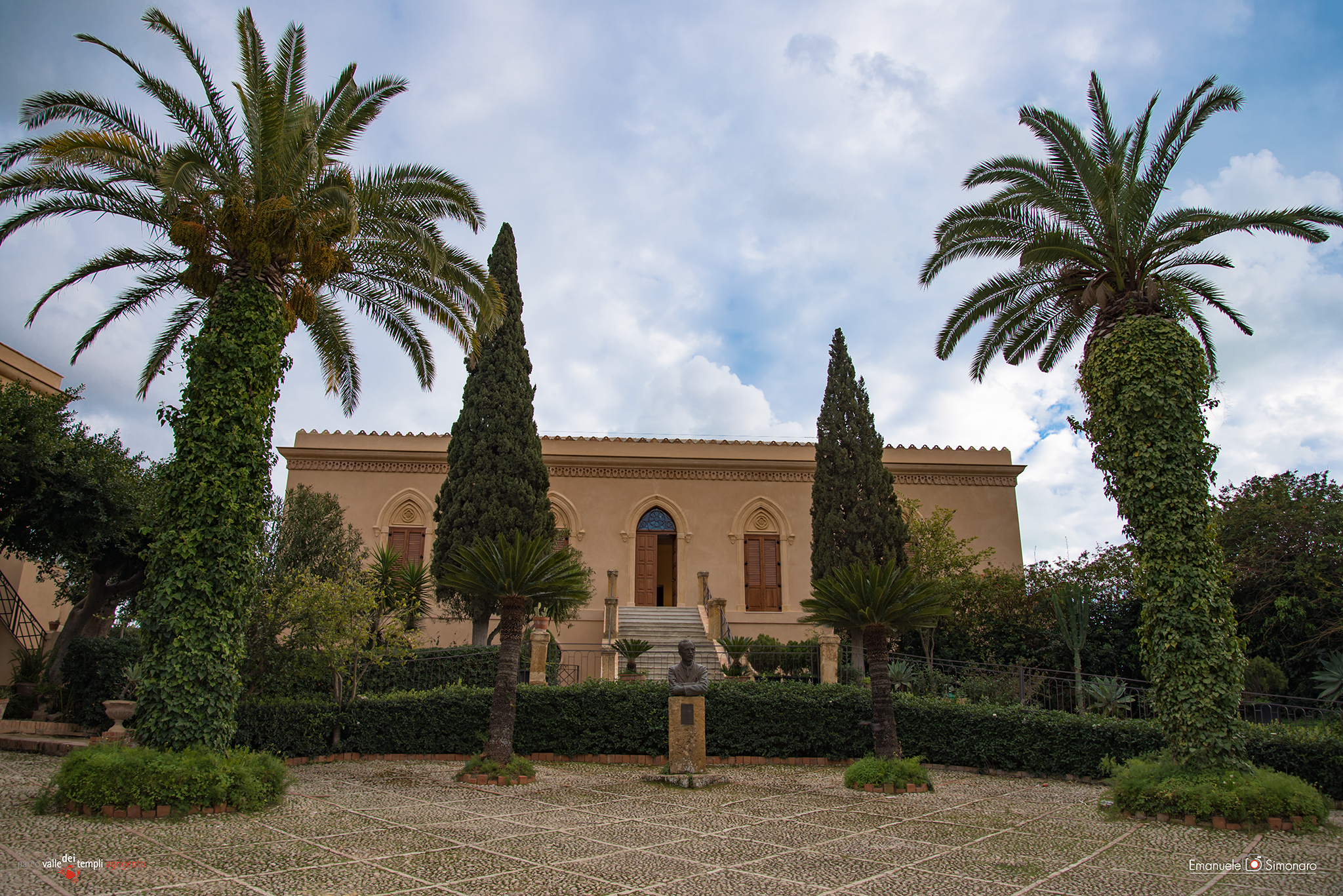 Between 1921 and 1932, Villa Aurea was the residence of Sir Alexander Hardcastle, a nobleman and captain of the British army.
He acquired the country estate, located along the wall of the ancient city of Akragas between the Temple of Concordia and the Temple of Heracles, at the end of the nineteenth century, and named it Villa Aurea due to its proximity to the eponymous gateway of the ancient fortification. Captain Hardcastle dedicated twelve years to extensive archaeological work, donating his wealth – like a true patron – to fund numerous excavations in close collaboration with the archaeologist Pirro Marconi.
Left destitute by the Wall Street Crash in 1929, the Englishman sold Villa Aurea to the Italian state and, committed to the asylum in Agrigento for depression, died in 1933.
The garden of Villa Aurea – partly built on the remains of an old Paleo-Christian necropolis with hypogea and tombs which can still be seen today – is home to several species of the Mediterranean maquis, with exotic and rare examples including what may be the only case of Eucalyptus erythrocorys found in Sicily’s historic gardens.
The paths through the garden offer visitors the chance to admire the archaeological discoveries, characteristic trees and shrubs of the Mediterranean maquis and exotic and rare species growing among the fragrant hedgerows of myrtle, rosemary and lavender. Every now and then, enchanting views open out over the temples, the countryside, the olive and almond groves and the plains to the south which extend to the Mediterranean Sea.
The recently restored villa hosts prestigious temporary exhibitions and important cultural events and serves as the park’s main building.