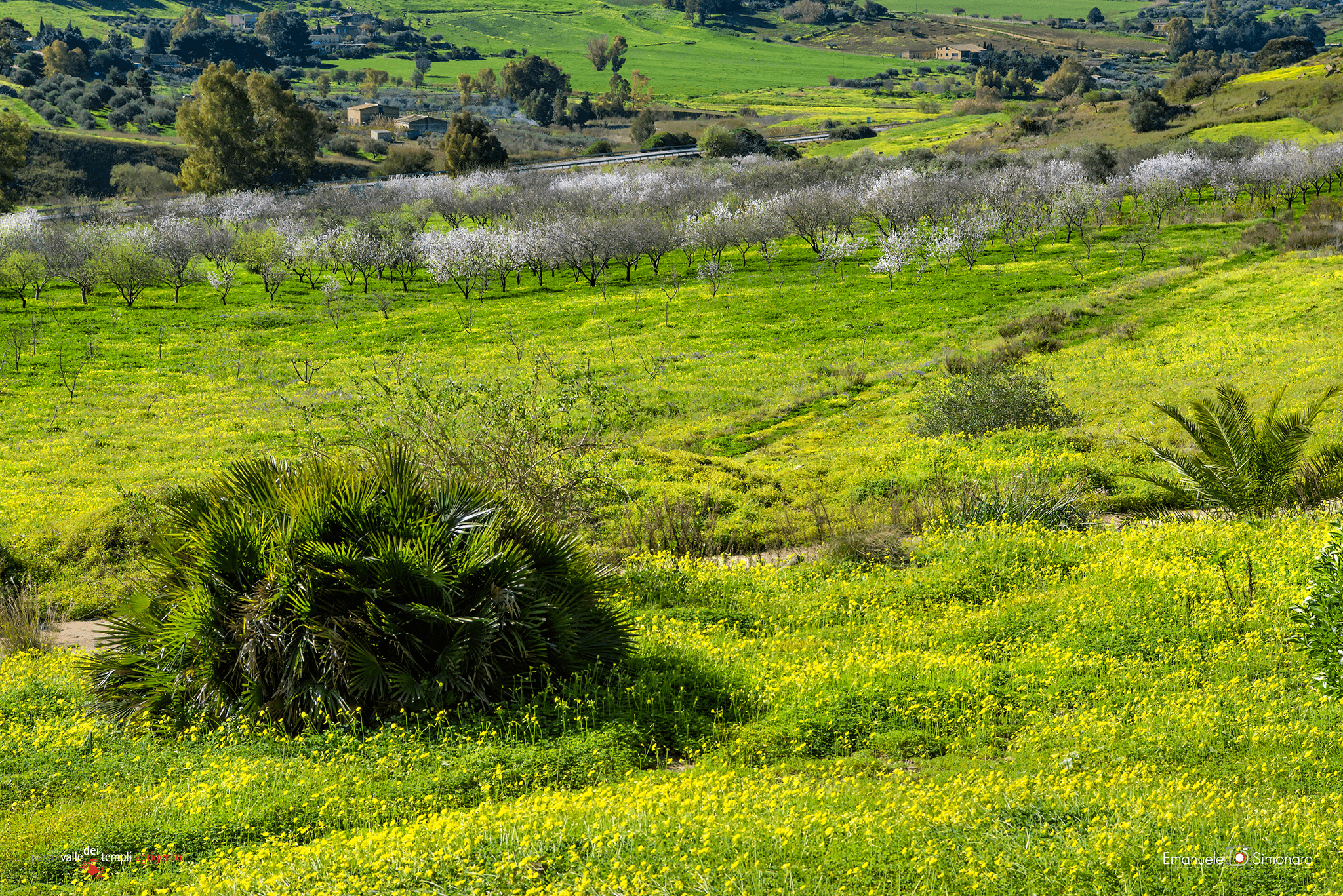 The almond is the most characteristic tree of the agricultural landscape of the Valley of the Temples. Its unusual winter blossom has led to its adoption as one of the symbols of the “eternal spring” in the Mediterranean and the seeds are used to produce numerous traditional sweets and pastries. In the middle of the last century, not only in the Valley of the Temples but throughout Sicily, the almond growing industry crashed and many almond groves were abandoned, with the result that the numerous local varieties cultivated and prized by the farmers were at risk of being lost forever.
The Living Almond Museum preserves the biodiversity of the Sicilian almond with a collection of over 250 varieties originating from all over the island. This varieties were collected before they disappeared from traditional groves, where they were chosen and cultivated for their capacity to grow in nutrient-poor soil and to produce high quality yields even when deprived of water. The selection process carried out by generations of growers has been preserved and is on hand to meet future production needs and adapt to environmental changes. The museum is dedicated to Francesco Monastra, the renowned academic who dedicated his life’s work to the almond and who passed away in 1997.