Diodoros – The Honey of the Valley

comes from the nectar of the flowers of the Valley of the Temples in Agrigento and aims at the repopulation of the Sicilian black bee (Apis mellifera sicula) within the Valley, as well as the enhancing of the agro-food production of the territory.

The Sicilian black bees – endangered species until a few years ago – are at the core of a European study focused on their resistance and their ability to adapt, and are considered as a resource worthy of protection in a perspective of safeguarding biodiversity and as a daily commitment that links together passions, places and people.

Appreciated for its organoleptic and healthy qualities, honey boasts a high content of polyphenols and antioxidants, as well as antibacterial and antifungal substances, so much so that it plays an essential role in the ancient Mediterranean cultures from East to West, crossing ages and geographies, and enriching itself with uses, traditions and metaphorical, magical and religious meanings.

In the classical world, Sicilian honey has been mentioned several times, such as in Virgil’s Bucolics, that recall famous references to thyme honey and to Hyblean bees: the Sicilian black bee of “virgilian memory” evidently yet represented a universal reference model. 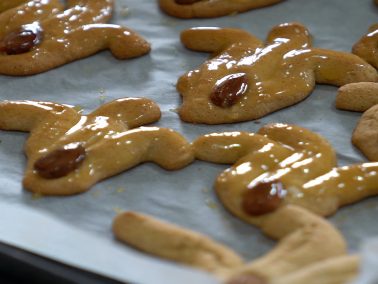