Diodoros – the Oil of the Valley

“Diodoros – the Oil of the Valley” is obtained from the centuries-old Saracen olive trees that have always characterized the rural landscape surrounding the remains of the ancient city of Akragas. The olives, harvested at the onset of ripening, are pressed and processed after only a few hours, in order to keep the aroma and the taste of the finished product intact. The oil obtained is the result of the presence of numerous ancient varieties of existing olive trees, to which equally valuable varieties have been added over the years, such as “biancolilla” and “cerasuola”, from which a delicate oil, that calls to mind the smells and flavors of the Sicilian countryside, is obtained.

In ancient Akragas / Agrigentum – according to the testimony of the historian Diodorus Siculus – olive oil was the basis of thriving trade with Carthage.

The importance of oil production and trade in ancient Agrigento can also be traced in archeology: for example, near the Rupe Atenea, the highest peak of the eastern hill of the city, there is still an artisan plant, universally interpreted as an oil mill, which most likely dates back to the 4th century BC.

The branches of millenary olive trees and the complex of oil production outline the landscape of the Valley of the Temples, and translate the image into a craft, a craft into tradition and tradition into a universal “memento” of all the peoples of the Mediterranean. 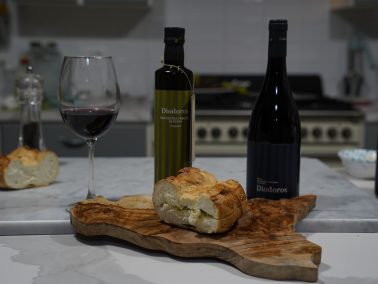