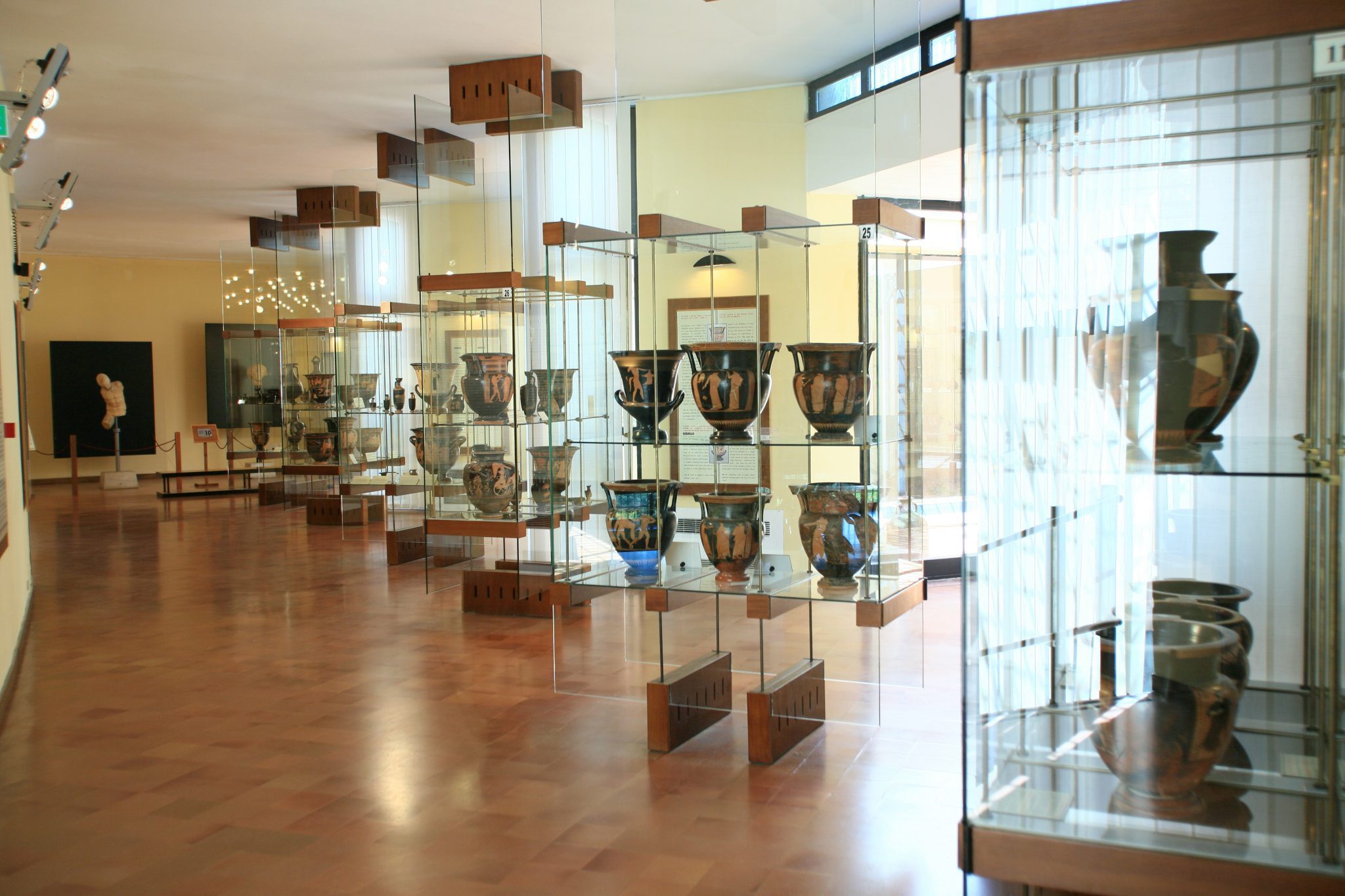 CAN BE VISITED WITH COMBINED TICKET

The Agrigento Regional Museum of Archaeology is named after Pietro Griffo, archaeologist and Superintendent of Agrigento from 1941 to 1968. The site chosen for the museum, the hill of Saint Nicolas, is highly symbolic as it is located at the centre of the public part of the ancient city. The building, designed by architect Franco Minissi and opened in 1967, partly encompasses the ruins of a Cistercian monastery, an annex of the church of Saint Nicolas and dating back to the fourteenth century. The exhibited collections include some 5000 finds acquired partly from the funds of the Civic Museum, the acquisition of private collections and the archaeological museums of Palermo and Syracuse but, for the most part, from the archaeological digs carried out until the end of the 1980s by the Superintendency of Agrigento, whose regional jurisdiction also extended to the provinces of Caltanissetta and Enna.

The museum’s exhibits are displayed in seventeen rooms arranged according to topography and chronology. There are two exhibitions, one dedicated to the ancient city of Akragas/Agrigentum and the other to important aspects of central-southern Sicily. As well as being one of the most important museums in the world, a must-see for any visitor wishing to learn more about the history of the Valley of the Temples, the “Pietro Griffo” Regional Museum of Archaeology also represents a vibrant “cultural hub” with its regular temporary exhibitions, concerts and educational activities.