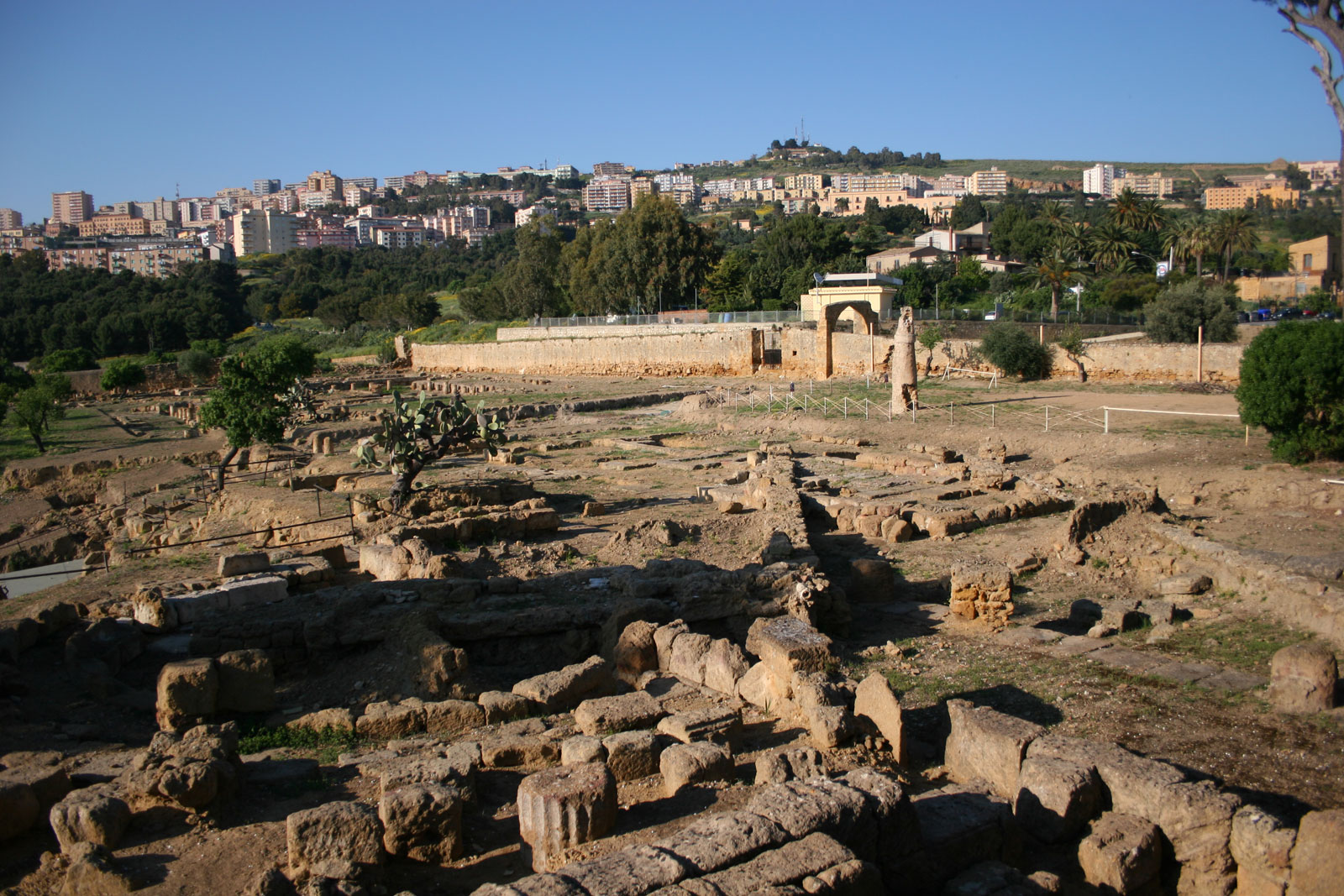 The Bouleuterion located on the northern terrace of the hill of Saint Nicolas was the chamber of the public house of representatives (Boulè in Greek) and was built between the end of the fourth century and the start of the third century BC.
The building is rectangular in shape with columns at the front which encircle a semicircular cavea open to the east.
The rake is formed of six rows of seats, preceded by an initial row of seats for the authorities (the proedria) with backrests and armrests and accessed by four radial flights of steps.
The remains of a portico with a rear courtyard can be seen to the east of the building; the portico appears to have been built along a road axis running from north to south.
During the third century AD the Bouleuterion was converted into a building (Odeon in Greek) for singing practices, musical performances and poetry and music contests, with a mosaic floor.