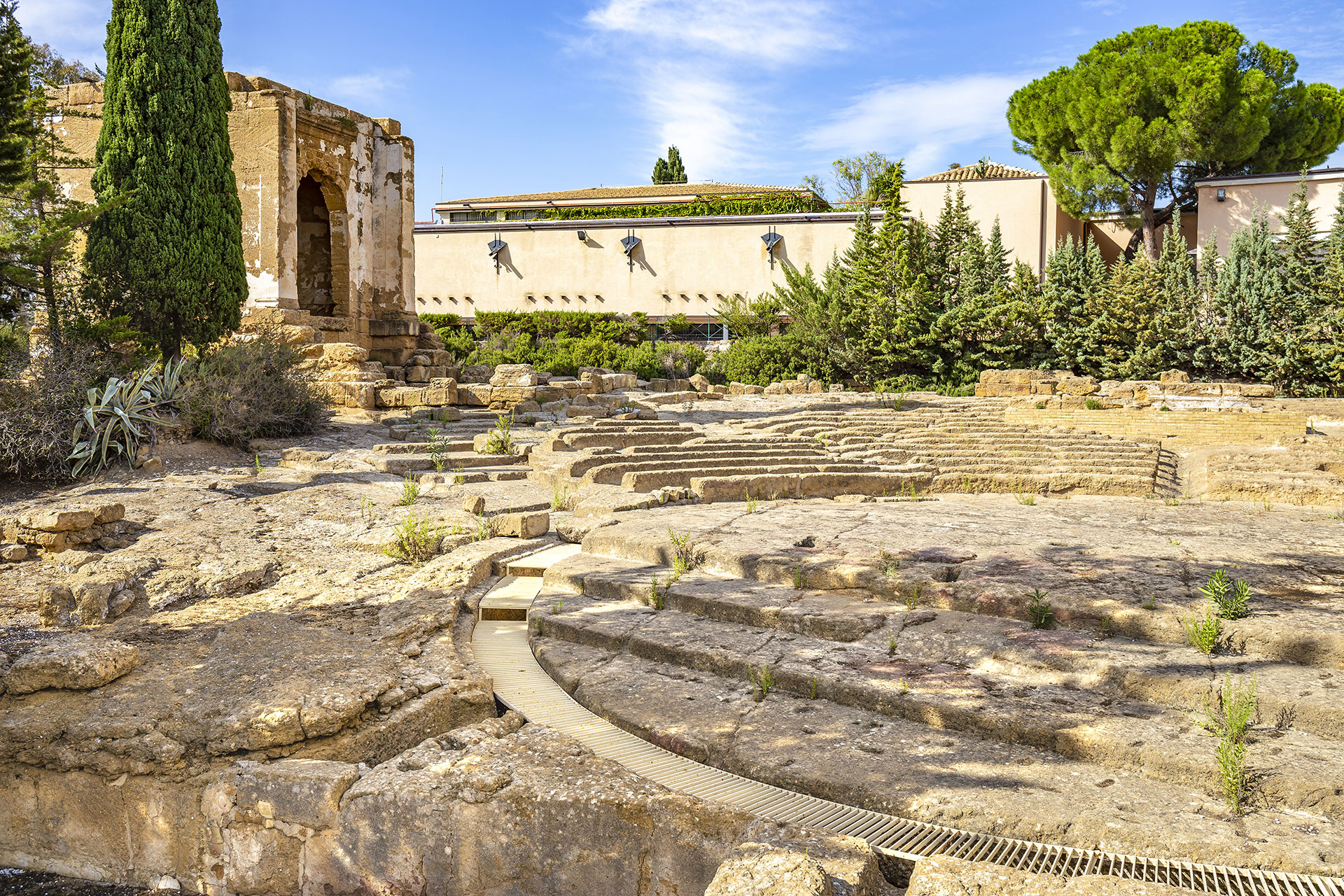 The Ekklesiasterion and so-called Oratory of Phalaris are found on the southern side of the hill of Saint Nicolas, in an area adjacent to the eponymous church and the fourteenth century monastery (now home to the Regional Museum of Archaeology).
The Ekklesiasterion, where the citizens’ assembly would have met (Ekklesia in Greek) was built between the fourth and third centuries BC. The building would have originally been circular but today only a section of the cavea remains, semi-circular in shape with extended ends and nineteen concentric rows of steps arranged on a slight slope towards the south. A channel (euripus) at the base of the cavea would have been used for drainage.
In the upper section there was a corridor (ambulatory) and various holes in the rock which perhaps held a wooden portico.
At the base, nothing remains of the platform used for the oratory and citizens’ courts following its dismantlement during the Roman imperial period in order to construct a house with a peristyle.
In the first century BC the ekklesiasterion formed the foundations for the construction of the Oratory of Phalaris, as it has been erroneously known since the eighteenth century. In fact, the building was a small temple on a podium with a naos and atrium preceded by four ionic columns alongside the doors which have unfortunately not been preserved. The altar is located just opposite, close to a semicircular exedra. In the Middle Ages the building was converted into a chapel dedicated to the Virgin Mary, with a pointed archway at the entrance and a cross-vaulted ceiling with a single-light window on the west side.