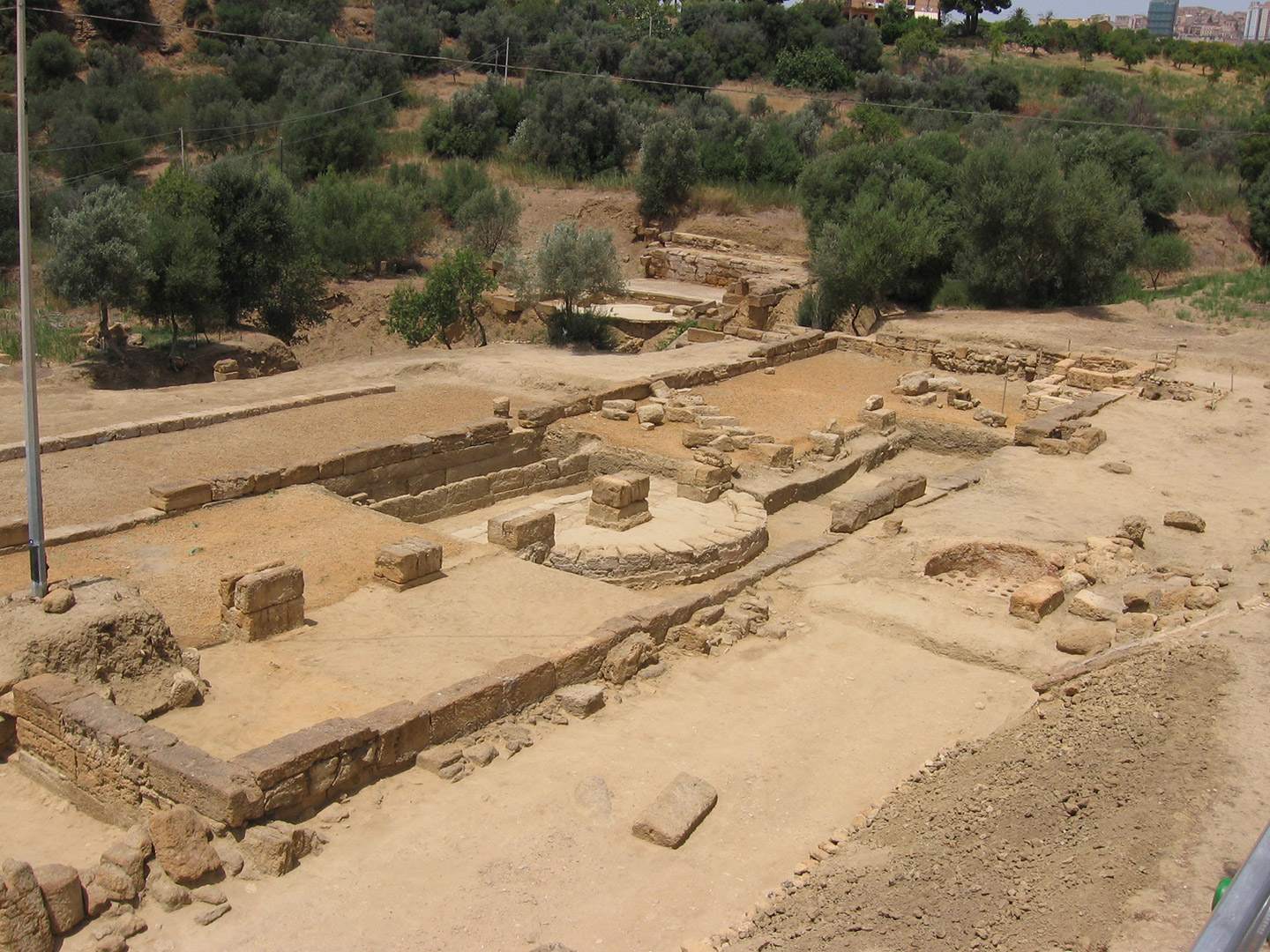 The only ancient gymnasium at the site belongs to Agrigentum, that is, the city during its Roman occupation. In fact, the gymnasium dates to the Augustan age and was constructed in a public space just a few hundred metres north of the Temple of Olympian Zeus. The remains of a portico used for indoor sports have been found, located in line with a north-south road and crowned by a Doric frieze of metopes and triglyphs and sheltered by a roof. An exedra and a large ritualistic altar used for rites associated with athletic training can still be seen, while to the far north the remains of a large bath are still visible. Two rows of seats were also discovered here, each divided into two sectors distinguished by the armrests, arranged alongside an outdoor track presumably used for sprinting. The seats were plastered and inscribed. The inscriptions recall the principality of Augustus, the magistrate Lucius and the tutelary deities of athletes Heracles and Hermes. In the early fourth century AD, the gymnasium was obliterated by the construction of three buildings, believed by archaeologists to be warehouses or covered markets. In the Middle Ages, the area reverted to countryside and was home to a number of craft workshops. The millstone created in the seventh century AD and the two ceramics kilns dating to the eleventh century AD are well preserved.