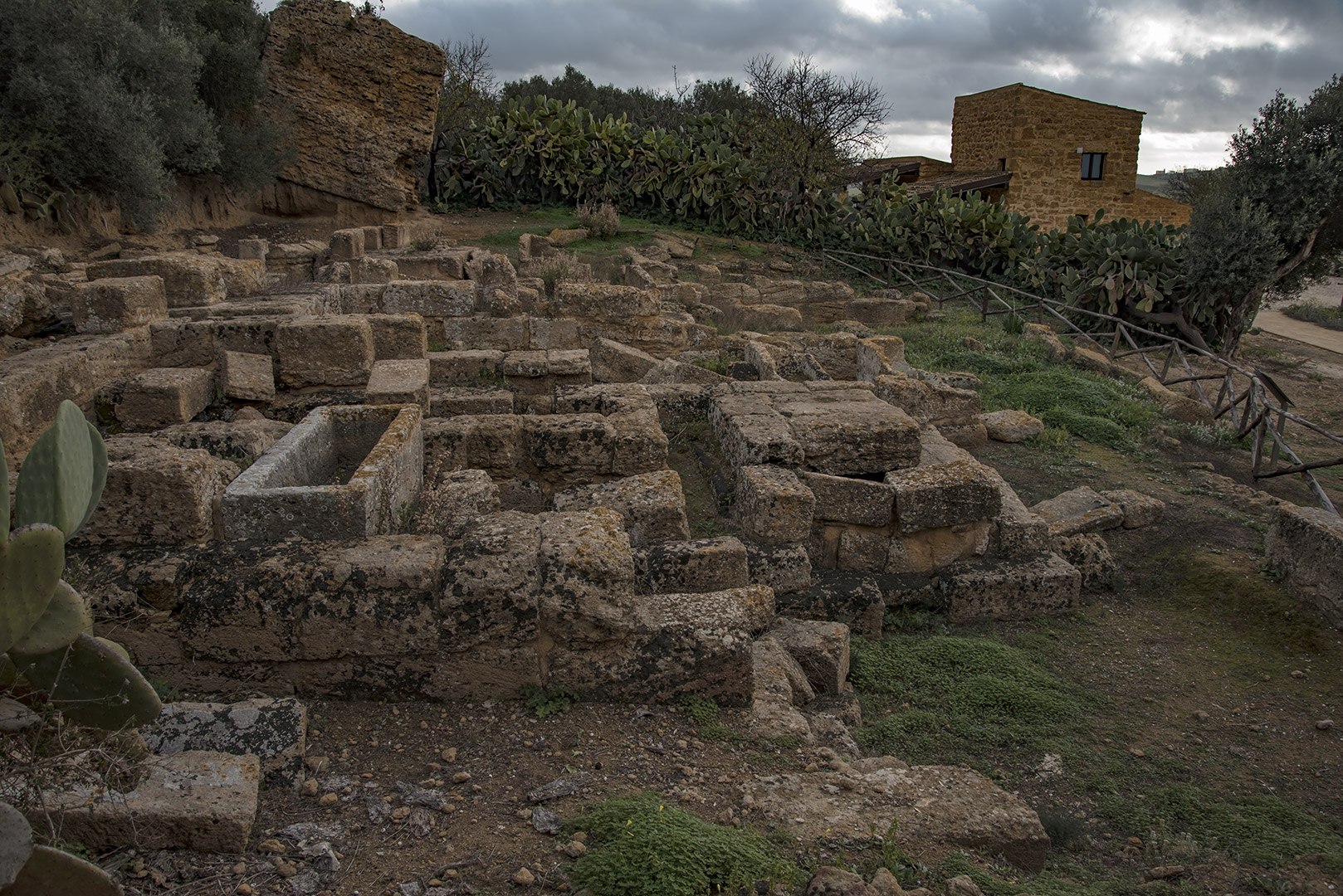 On leaving Grotta Fragapane, by turning right you will reach the rear entrance to Villa Auream while left leads to the Roman necropolis known as Necropoli Giambertoni, formed of limestone chest tombs. Several sarcophagi have been discovered here, such as the famous child’s sarcophagus now on display at the Pietro Griffo Regional Museum of Archaeology. This extensive cemetery, which dates from the second century BC to the third century AD, also houses the Tomb of Theron, not far from the Temple of Heracles. Next to the Necropoli Giambertoni is the Casa Barbadoro farm, now used as a lecture hall accessed by a ladder in the south-eastern corner of the Temple of Concordia.