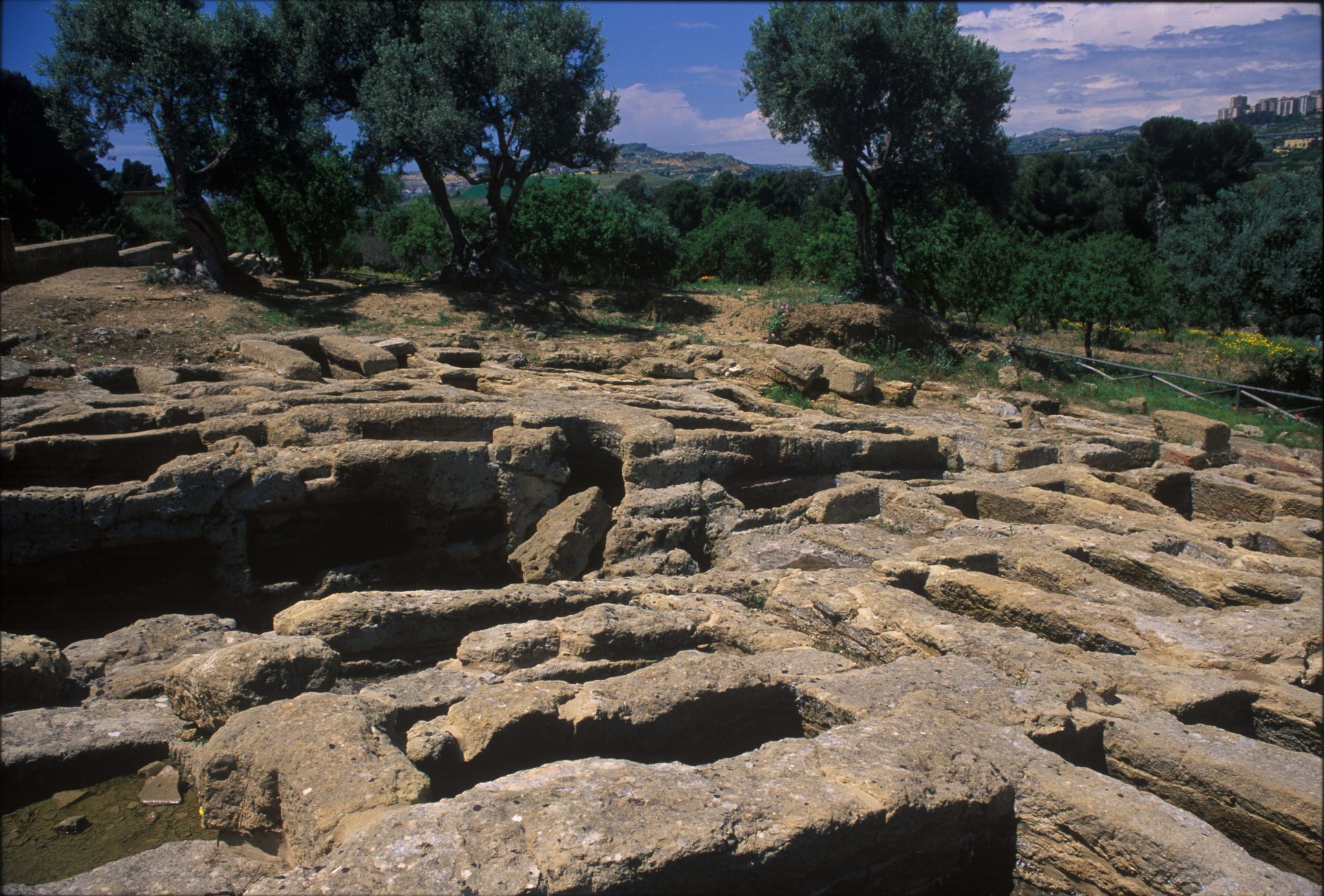 The Paleo-Christian Necropolis of Agrigento dates to the third to sixth century AD and extends across the Collina dei Templi roughly between the Temple of Hera Lacinia (Juno) and the Temple of Heracles. The vast burial ground is divided into various sectors.
Several tombs, known as “arcosolia” due to the presence of an arched recess, can be seen among the remains of the old wall between the Temples of Hera Lacinia (Juno) and Concordia.  The sub divo necropolis, the area of the cemetery in the open air, features around 130 chest tombs (formae) carved into the rock and extends across the plateau around the Temple of Concordia to the access corridor to the most extensive catacomb in Agrigento, Grotta Fragapane.
Grotta Fragapane is a large catacomb composed of corridors (ambulatories), small burial chambers (cubicles) and rotundas (large burial chambers) carved from the existing bell-shaped cisterns built in the Greek period.  The walls of the chambers feature niches and arcosolia while other graves have been excavated into the floor. There are several large sarcophagi carved directly into the rock within one of the smaller chambers.
Other small underground chambers (hypogea) used for burial purposes can be found further to the east along the so-called Via dei Sepolcri that crosses the cemetery from east to west, carved into an ancient Greek water pipe. Burial hypogea can also be found to the south, close to the hill’s rocky edge, and are visible today in the garden of Villa Aurea.
The Via dei Sepolcri, transformed over the years into an open-air museum by the park’s archaeologists, now forms one of the most exclusive educational tours of the Valley of the Temples, conducted by the archaeological experts of Società Cooperativa Culture.