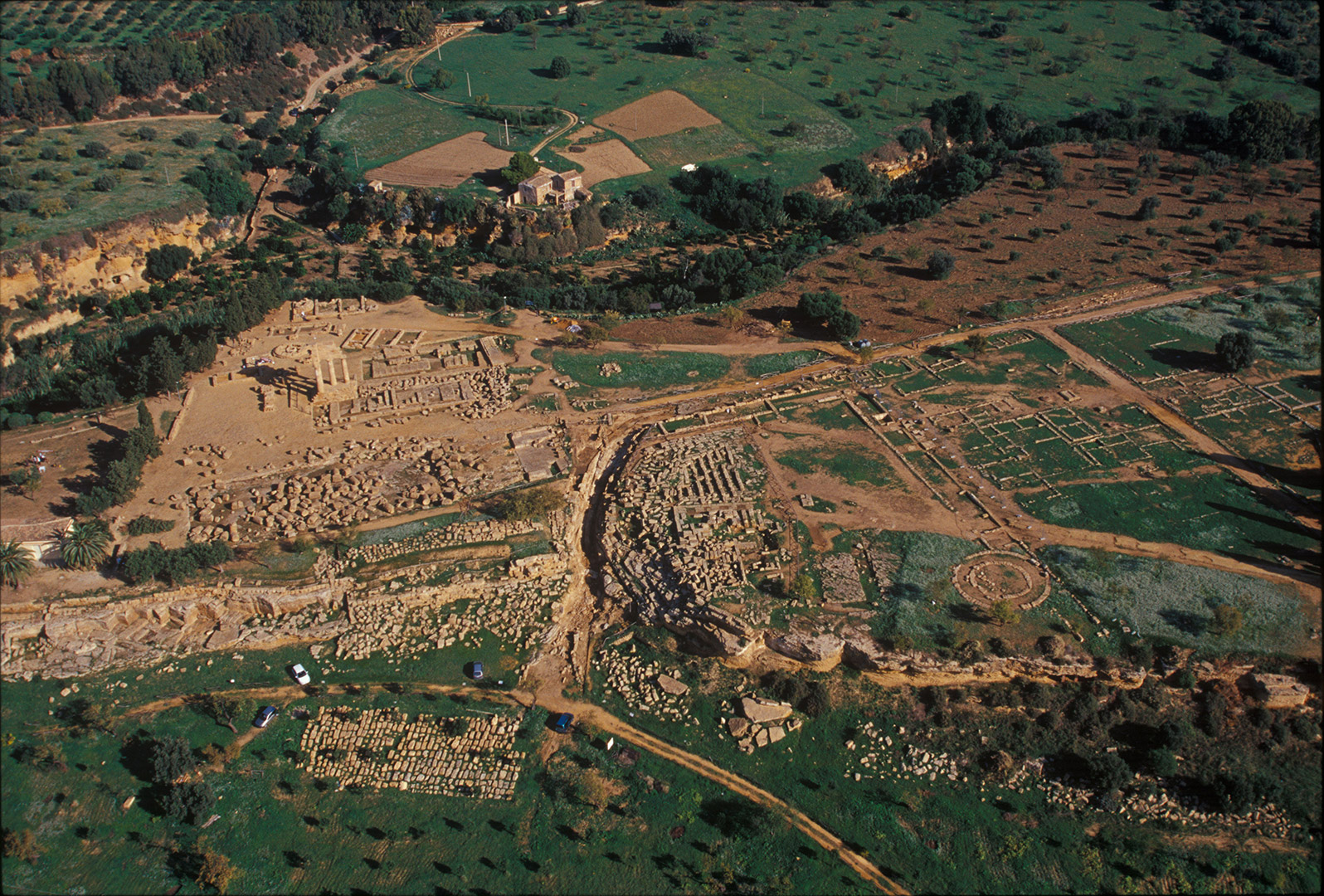 Since its foundation Akragas was surrounded by an outer wall extending for around 12 km. The fortifications used the defensive potential of the rocky outcrops, as noted by the Greek historian Polybius. Nine gateways have been identified along the fortifications, numbered by archaeologists from east to west: Gates I and II to the east, Gates III, IV and V to the south, Gate VI to the west and Gates VII and VIII to the north-west. It is thought that there may have been a Gate X along the town’s northern border.

Gate V would have been one of the main entrances to the city and led to the Sanctuary of the Chthonic Deities. This was intersected by a track that formed part of the important east-west axis leading to Gate II. The Gate was defended by a main tower to the west and two secondary towers set just behind and either side of the entrance. An underground passageway or hypogea has been identified by the entrance, which led to Kolymbethra, the artificial lake mentioned in many sources for its beauty. To the west of the Gate alongside the outer side of the wall, the ruins of a crafts district can be seen, most likely connected to the shrine, with kilns used to produce various terracotta religious figurines.