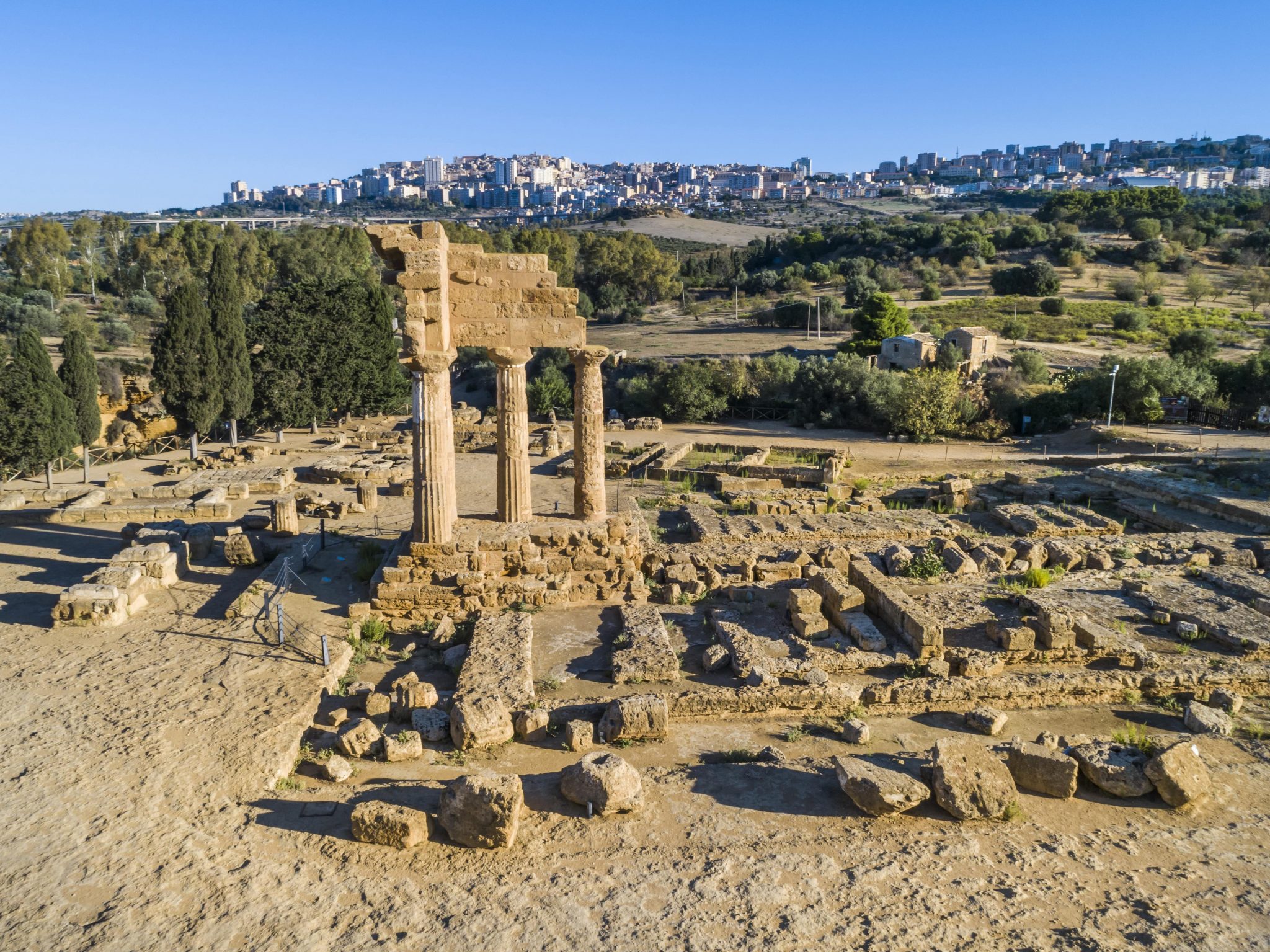 The area known as the Sanctuary of the Chthonic Deities is, in fact, the central part of a series of adjacent places of worship devoted to subterranean gods (in this case Demeter and Persephone) located alongside Porta V.
The northernmost part of the sanctuary, to the west of the Porta, was characterised by religious buildings, enclosures and several altars built during the sixth century BC.
In the northernmost area, a small temple with three rooms is still visible, bordered on one side by a room with a square altar and on the other by a room with a circular altar and a central doorway. In the middle, there is a small temple with a single chamber accessed by the east side, alongside which there is a small temple with three rooms open to the north.
To the west of these buildings are two small temples featuring an atrium, naos and rear chamber reserved for religious officiants: the temple to the north has a square altar facing the entrance and a well outside the building on its south side.
Between the two small temples there is a large circular altar with an internal recess, and a square altar.
In the southernmost part of this area stands the so-called Temple of Castor and Pollux, one of the most characteristic ruins of the Valley of the Temples thanks to the partial reconstruction (the four columns on the north-west side) carried out by the Sicilian Commission of Antiquity between 1836 and 1852 using architectural elements of various periods and origins.
The temple is composed of the foundations of a Doric temple dating to the second half of the fifth century BC, with six columns on the short sides and thirteen on the long sides, with an interior divided into an atrium, a naos and a rear chamber.
The traditional name of the Temple of Castor and Pollux is purely conventional and derives from a reference in a passage by the Greek poet Pindar which refers – in reference to Akragas – to a cult and festival to honour the twin gods.
It is in fact more likely that the temple was devoted to Demeter and Persephone, the gods to which the entire area is dedicated.