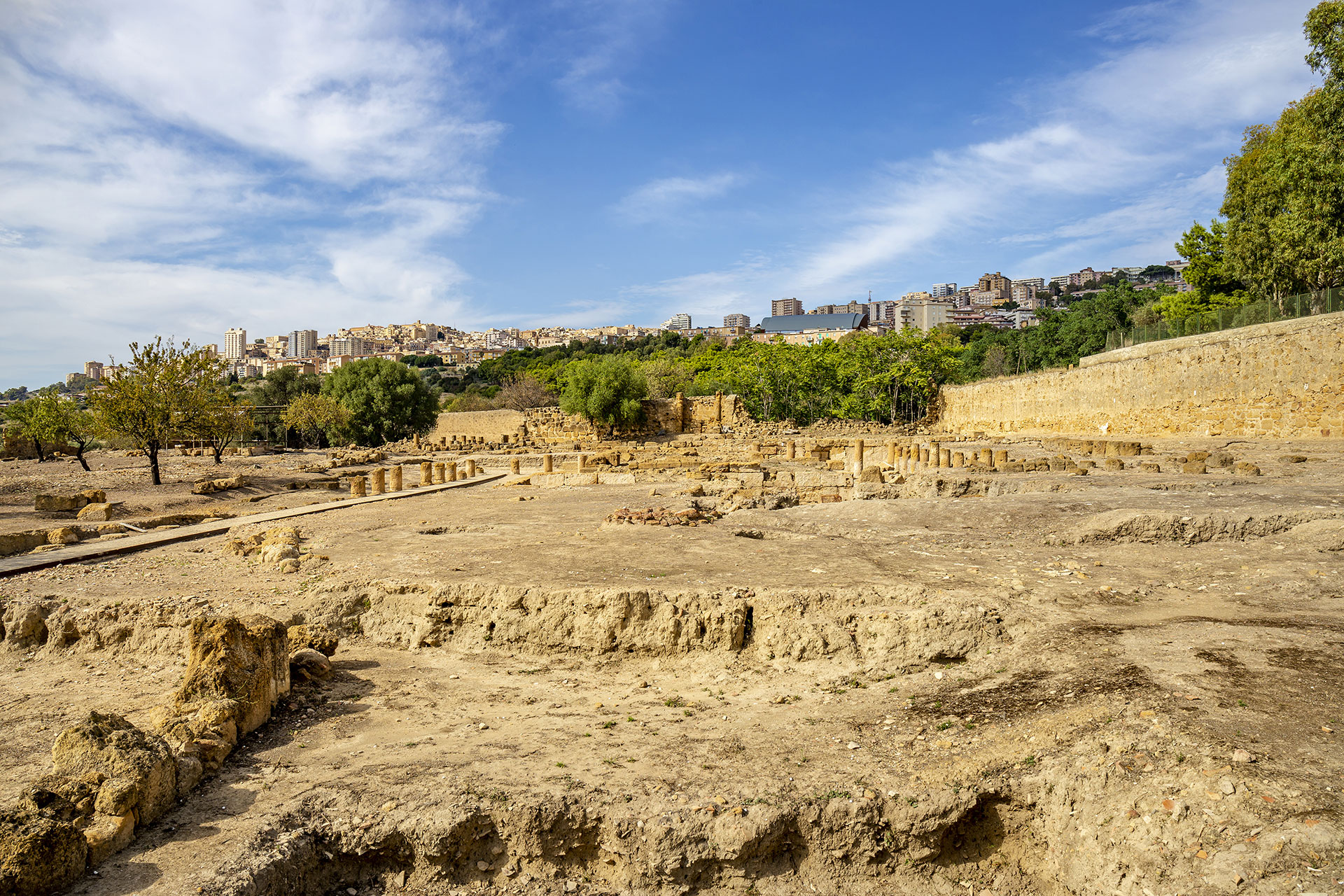 To the north of the fourteenth century Monastery of Saint Nicolas (now the Regional Museum of Archaeology) stands the Hellenistic-Roman Sanctuary, a small temple surrounded by a vast piazza with a portico.
The complex was constructed over two stages, from the second half of the second century BC to the first half of the first century AD (probably beginning in the Tiberian era).
Initially the temple did not feature columns and had an atrium and naos built on a podium with steps at the front. However, the construction was never finished and the temple was completed in the second phase, removing the original division into two chambers and constructing a large forum at the front of the building with two sets of steps at the sides.
The piazza was surrounded by four porticos with Doric columns and an entrance on the south side, where part of a staircase was discovered which would have removed the height difference between the road and the centre of the area. Marble statues stood between the columns; only four of these remain, headless and clothed in togas. Dating to the mid first century AD, the statues possibly represented important figures of the imperial court or local politicians. Two of the statues are on display in the museum while the other two are located along Via Sacra in close proximity to the Temple of Concordia.

In the fourth and fifth centuries AD, the temple was dismantled and in the piazza, which was used as a dump, workshops and stables were constructed. Later, the area was repurposed for agriculture to supply the nearby monastery.