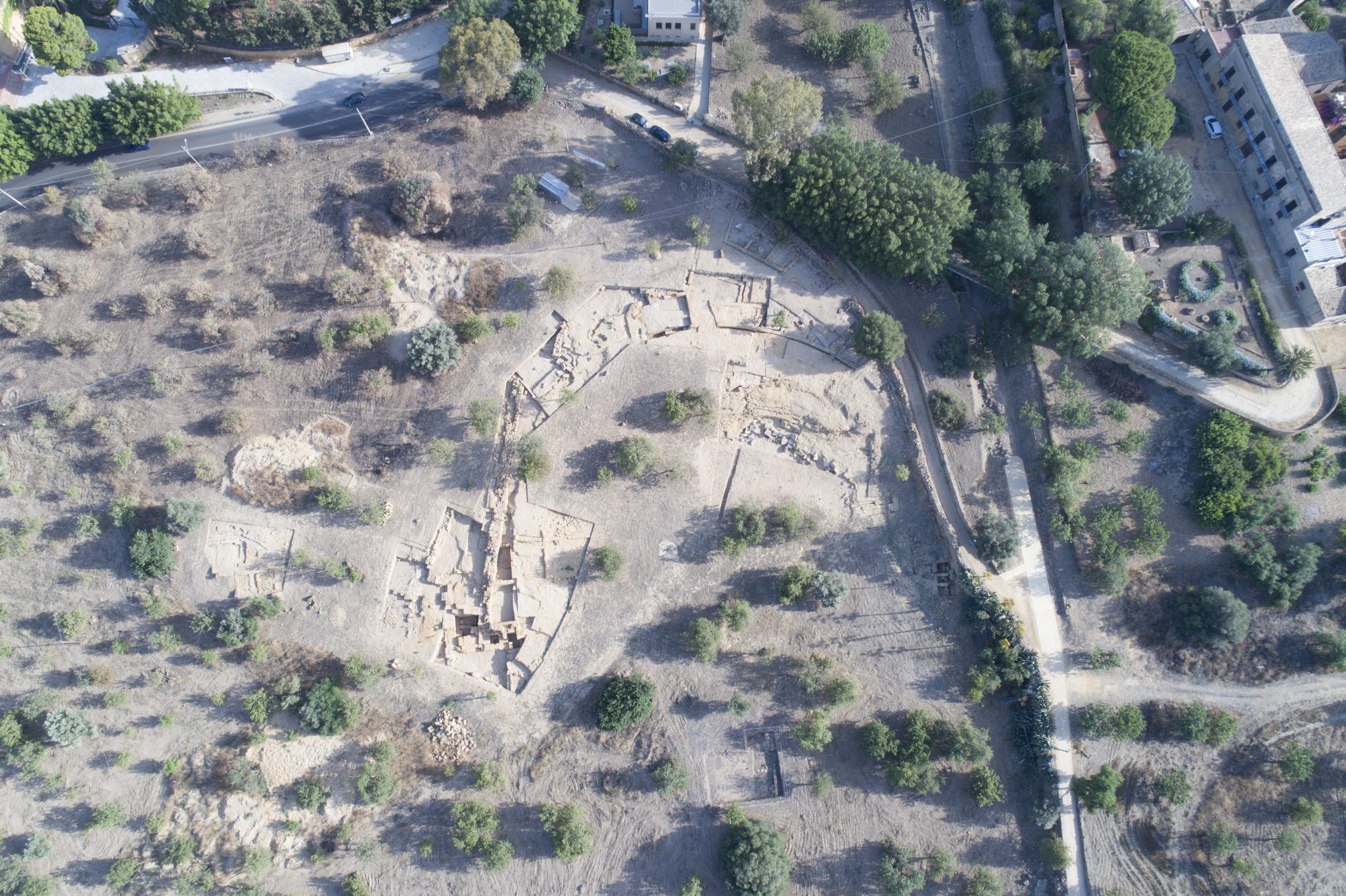 VISIBLE FROM OUTSIDE OR ON REQUEST

The rediscovery of the theatre after centuries of research was an epochal and long-awaited find for Agrigento.
The building was discovered in June 2016 just to the south of the Roman Hellenistic quarter along the southern side of the hill of Saint Nicolas which boasts an evocative view of the Temple of Concordia, level with a cliff between the presumed height of the piazza and the road that ran from east to west.
The eastern part of the building was built against the rock while the northern and western sections were constructed on impressive substructures composed of a system of trapezoidal chambers arranged at different heights and filled with earth to artificially recreate the slope on which the rows of steps were arranged. Some of the seating in the upper part of the theatre was discovered in a state of ruin. Unfortunately, in the northern part of the site only the foundations remain due to the pillage of blocks and stone during the Middle Ages. The testament of the historian Fazello, who in 1558 hardly recognised the theatre among the ruins, left little doubt as to the state of the building’s preservation. The geophysical investigations that identified the presence of building work deep below the surface in the southern part of the site gave rise to the hope that the stage could be in better condition.
In terms of layout, the Theatre of Agrigento bears some similarities to the theatres of Soluntum and Segesta built in the second century AD. During the excavations, fragments of statuettes and terracotta prayer masks typical of theatrical performances were also discovered.