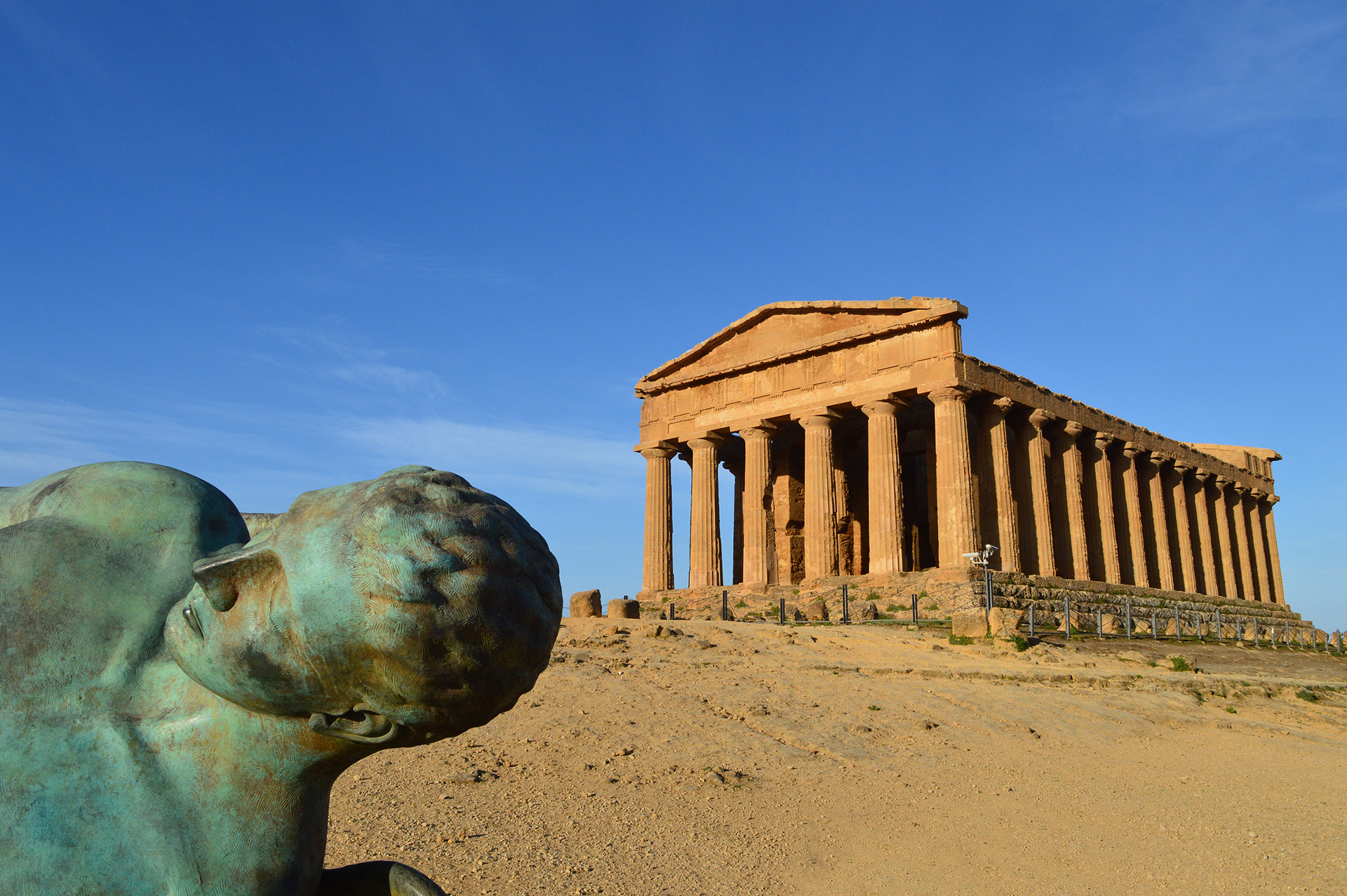 The so-called Temple of Concordia is one of the best preserved temples of Greek antiquity. The building owes its traditional name to a Latin inscription dating to the mid-first century BC which mentions the “Concordia degli Agrigentini”. The inscription was erroneously attributed to the temple by the historian and theologian Tommaso Fazello in the mid 1500s.
The building, constructed in the Doric order, was built around the second half of the fifth century BC and features a base of four steps upon which stand six columns on the short sides and thirteen on the long sides. It is unique among the temples in the Agrigento area in that it has retained almost all of its entablature and the two capitals on the east and west sides.
The temple’s interior is divided into the portico at the entrance, the naos and the opisthodomos, the rear room, with the portico and opisthodomos framed by two columns.  The door to the naos is flanked by two pillars which contain a carved service staircase leading to the roof. According to the tradition, the temple was converted into a Christian church towards the late sixth century AD when Gregory, Bishop of Agrigento, exorcised the pagan demons Eber and Raps and dedicated the ancient temple to the Apostles Peter and Paul.
The twelve arches in the walls of the naos bear testament to the building’s time as a Christian church, a purpose to which it owes its exceptional state of preservation.
Finally, the duality of the pagan demons and its dedication to two Christian saints has led to the theory that the temple was originally devoted to two Greek gods (one such theory refers to Castor and Pollux). However, with the absence of any archaeological evidence or epigraphs the truth as to which god or gods the temple was originally built to honour is unknown.