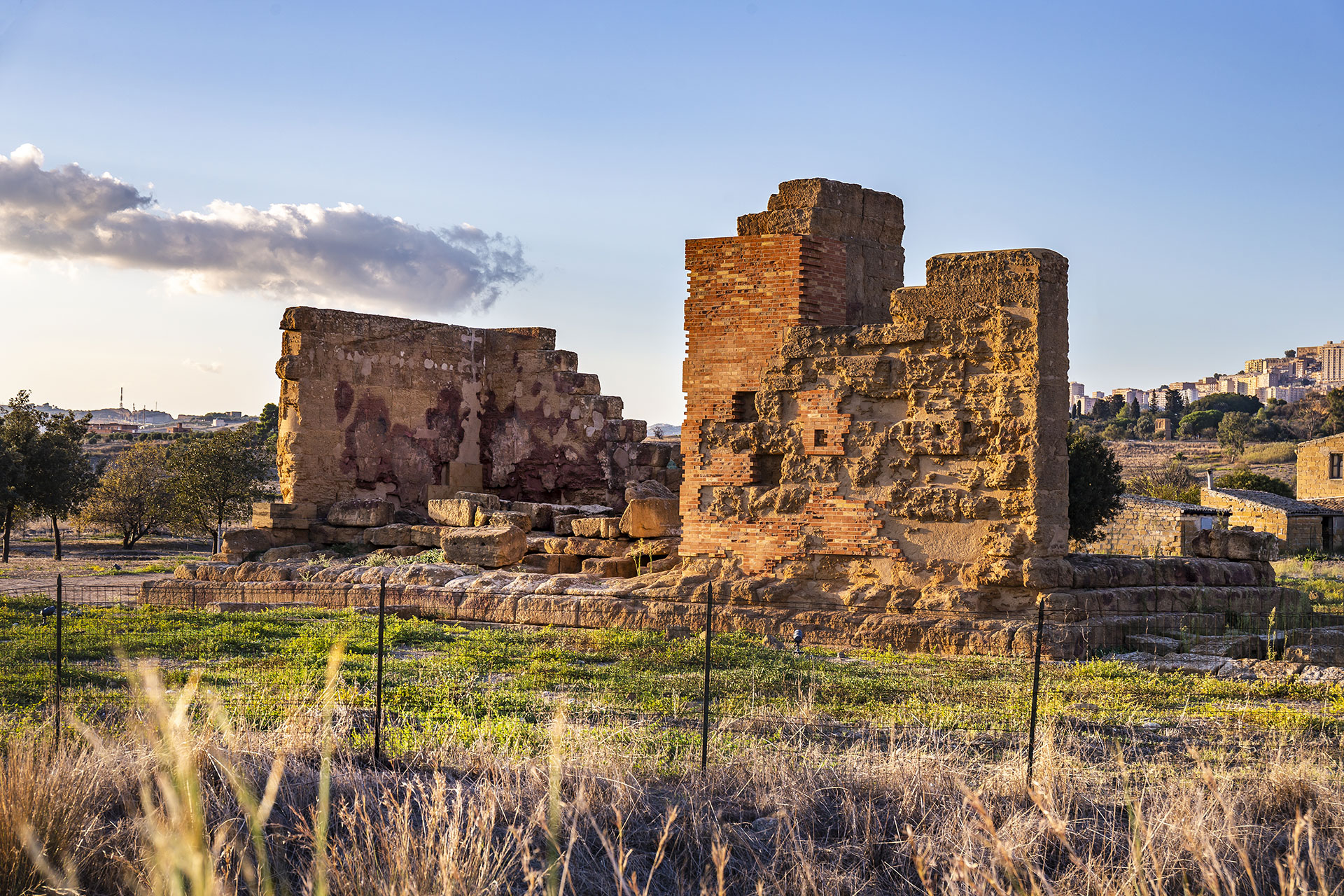 VISIBLE FROM THE TEMPLES HILL OR ON REQUEST

This temple devoted to Asclepius (Greek God of Medicine and son of Apollo) is located around 900 metres south of the outer wall of the ancient city on the San Gregorio plain.
The attribution to the celebrated Cult of Asclepius in this area has been confirmed both by literary testaments and archaeological finds made between the 1920s and 1980s, leading to the progressive discovery of the entire sanctuary.
The site was used as a place of worship as early as the sixth century BC, probably as a temple to Apollo the Healer.
Between the second half of the sixth century BC and the third century AD, the sanctuary gradually assumed its definitive appearance. The area is surrounded by an imposing outer wall and features a grand gateway; the temple is located in the centre, where the three steps of the base and part of the north-west entablature are still visible.
The building is in the Doric order and is composed of the remains of a simple naos with stairs leading to the roof, preceded by an atrium with two columns on either side accessed by a large ramp on the east side; a smaller ramp featured on the south side.
The rear wall to the west features two half-columns against the end wall with corner pillars; this original feature served to mimic the presence of a rear chamber (false opisthodomos) from the outside.
Opposite the access ramp are the ruins of the great sacrificial altar.
The area is characterised by a series of buildings, including a small building with an entrance chamber and a naos with an offertory box (thesauros) where pilgrims would leave their votive offerings.
Around the temple are the remains of two porticos with columns, cisterns, a fountain and various buildings where the sick were housed and cared for as they waited to be healed after the purification rituals.