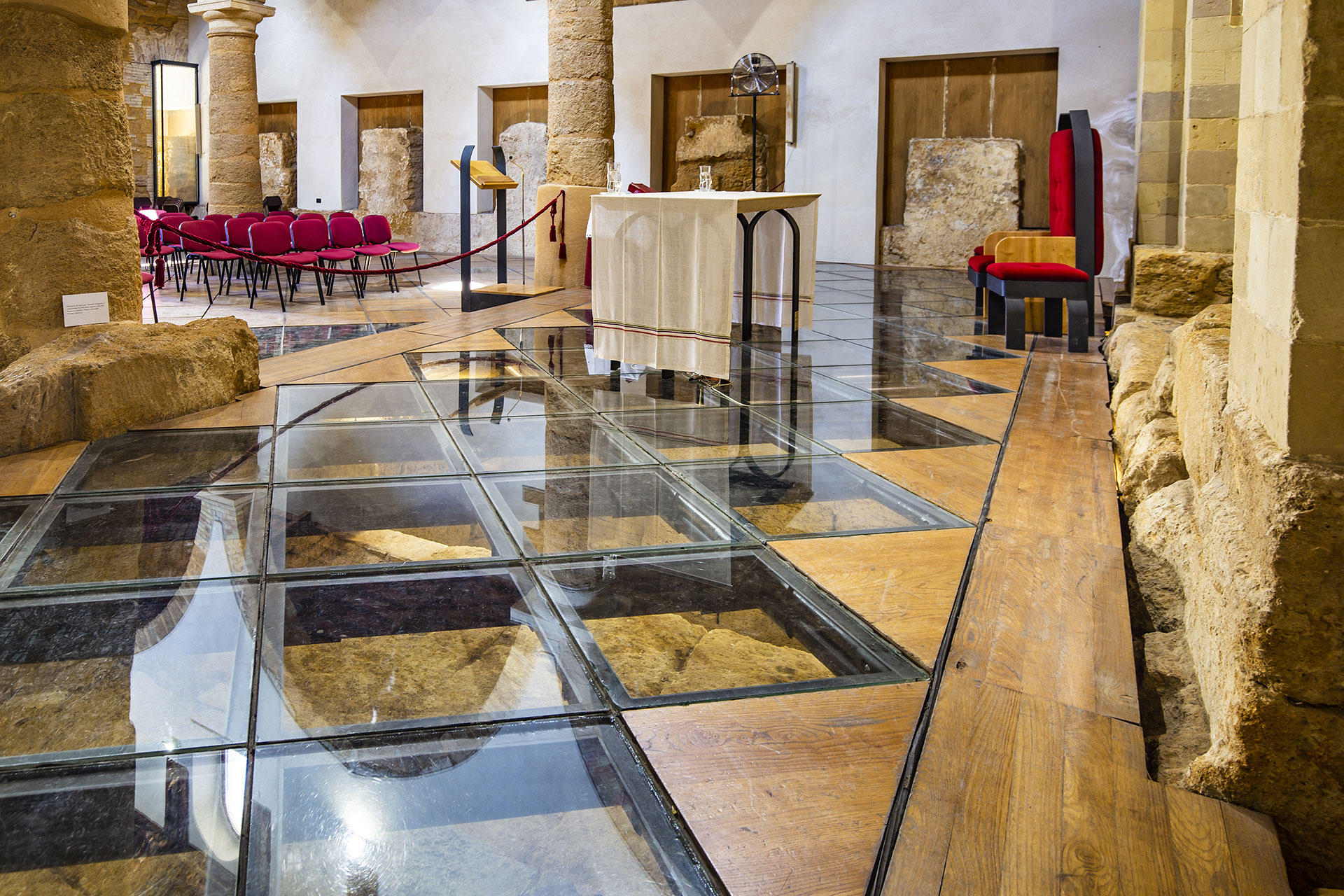 On the hill of Girgenti, one of the two plateaus on which the modern city of Agrigento is built and outside the archaeological site of the Valley of the Temples, the remains of a Doric temple dating to the middle of the fifth century BC were discovered incorporated in the Norman church of Santa Maria dei Greci.
Inside the church, part of the columns on the south and north side of the temple can be seen and, entering into a narrow passageway, the remains of the stepped base are still visible. However, there is no trace of the walls of the naos, although the central apse of the church is built on the remains of its paved floor. The temple’s foundations are difficult to discern as a result of the depredation in the past – perhaps around the same time as the church’s construction – and later to create the ossuaries and crypt in the centre of the central nave.
In all likelihood, the temple would once have featured six columns on the short sides and fourteen on the long sides; its interior was divided into three chambers: the atrium, the naos and the rear chamber, the former and latter featuring two columns either side of the door.
According to a recent theory, the building may have been the Temple of Athena referred to by the Greek historian Polybius, and built by the tyrant Theron, according to the Latin writer Polyaenus.