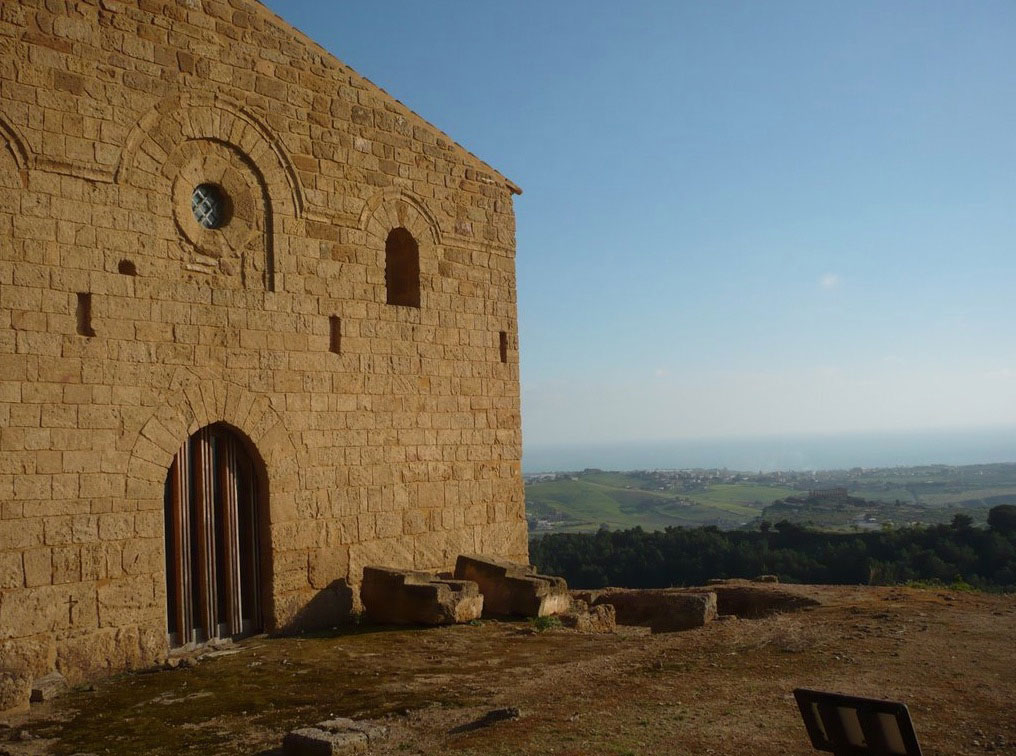 On the eastern slopes of Rupe Atenea, one of the two hills over which the city of Agrigento extends, stands the Temple of Demeter, built in approximately 470 BC.
Today the ruins of the temple have been incorporated into the Church of Saint Blaise, a religious building dating to the Norman period (twelfth century). Only the foundations of the atrium at the temple’s entrance are still easily visible from outside the apse of the church.
The temple building, which does not feature columns, is composed of a simple naos preceded by an atrium – perhaps with columns alongside the doors; the ceiling was embellished with decorative gutters shaped like lions’ heads.
The temple also features an outer wall which served to terrace the steep slope; to the west, there is a road where Greek carts have been preserved.
The building overlooks the fortifications of Porta I, close to which the so-called Rock Sanctuary is found just outside the perimeter wall.

Unfortunately no traces of the rectangular altar typical of Greek temples remain; along the north side, between the building and the rocky spur, there are two round altars devoted to ritual offerings.
Numerous votive offerings were discovered here, associated – along with those of the Rock Sanctuary – to femininity and – according to the traditional hypothesis – the cult of Demeter.
In the light of the new research carried out by the Archaeological Park of the Valley of the Temples in 2000 and the review of previously discovered materials, it is now thought that the temple was originally dedicated to Artemis.