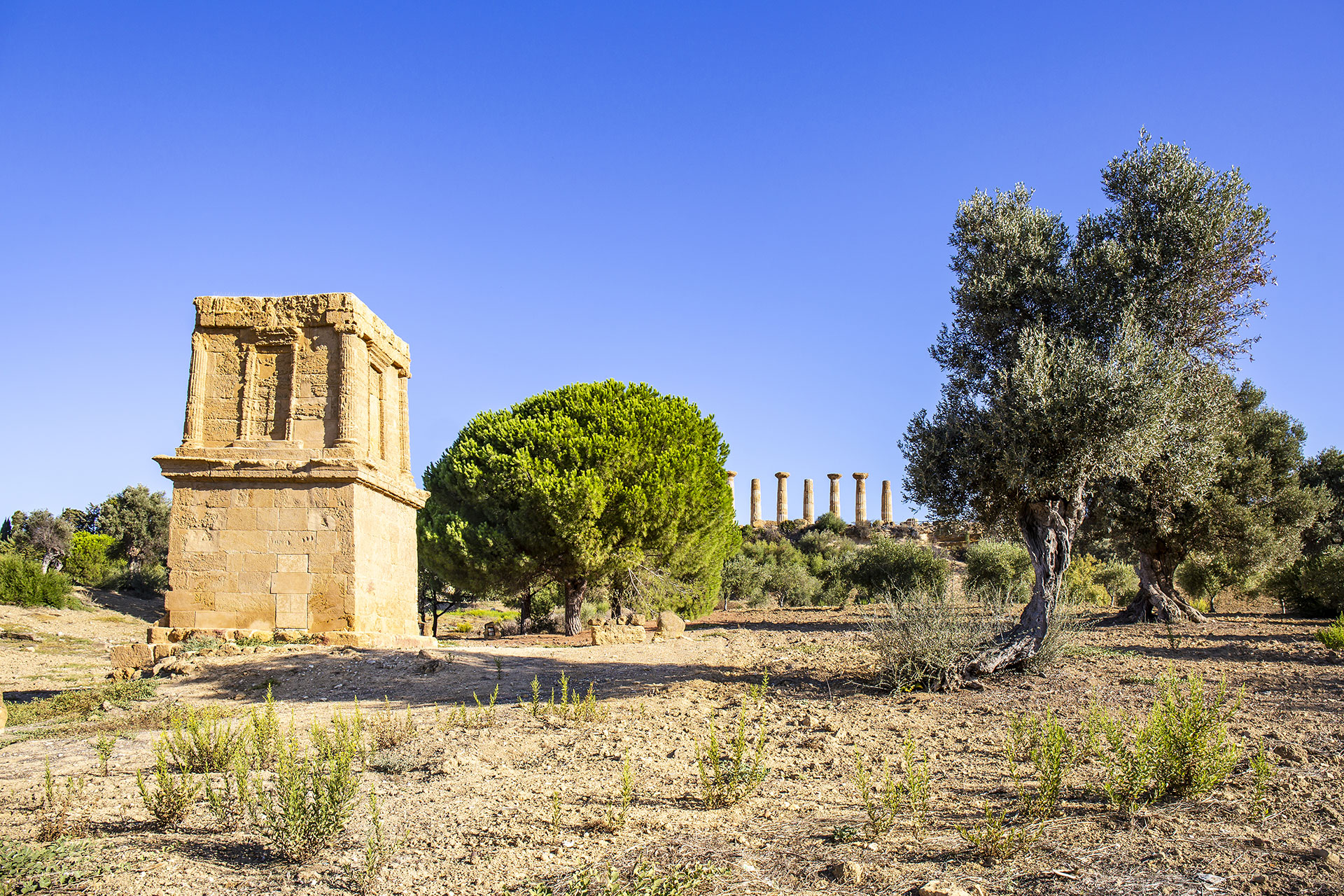 The Temple of Heracles is the oldest Doric temple in Agrigento and was built in the late sixth century BC.
Its attribution to the Greek hero is thought to derive from a passage by Cicero which notes the existence of a temple devoted to Heracles in Agorà, the area immediately north of Agrigento. The building, constructed in the Doric order, features a base with three steps upon which stand six columns on the short sides and fifteen on the long sides. The temple’s long and narrow interior is divided into the portico at the entrance, the naos and the opisthodomos, the rear room, with the portico and opisthodomos framed by two columns.
The door to the naos is flanked by two pillars containing a service ladder leading to the roof; this is the earliest example of what would become a typical characteristic of Akragantine temple architecture.
The roof was adorned with two types of rainwater gutters shaped like lions’ heads dating to different periods, one in the late sixth century BC and the other in the first half of the fifth century BC.
To the east of the temple are the remains of a monumental altar and, further east, the terracotta ruins of a small archaic temple.
During the Roman era, the naos was divided into three chambers in order to construct a small religious building: this conversion is thought to relate to the transfer of the Cult of Asclepius to the temple, where a statue of the god dating to the Roman era was found during the excavations of 1835.
Several restoration works were carried out between 1922 and 1924 when, on the initiative of the British Naval Captain Alexander Hardcastle, eight columns on the south side were raised, while more recently conservation work has been conducted by the Archaeological Park of the Valley of the Temples.