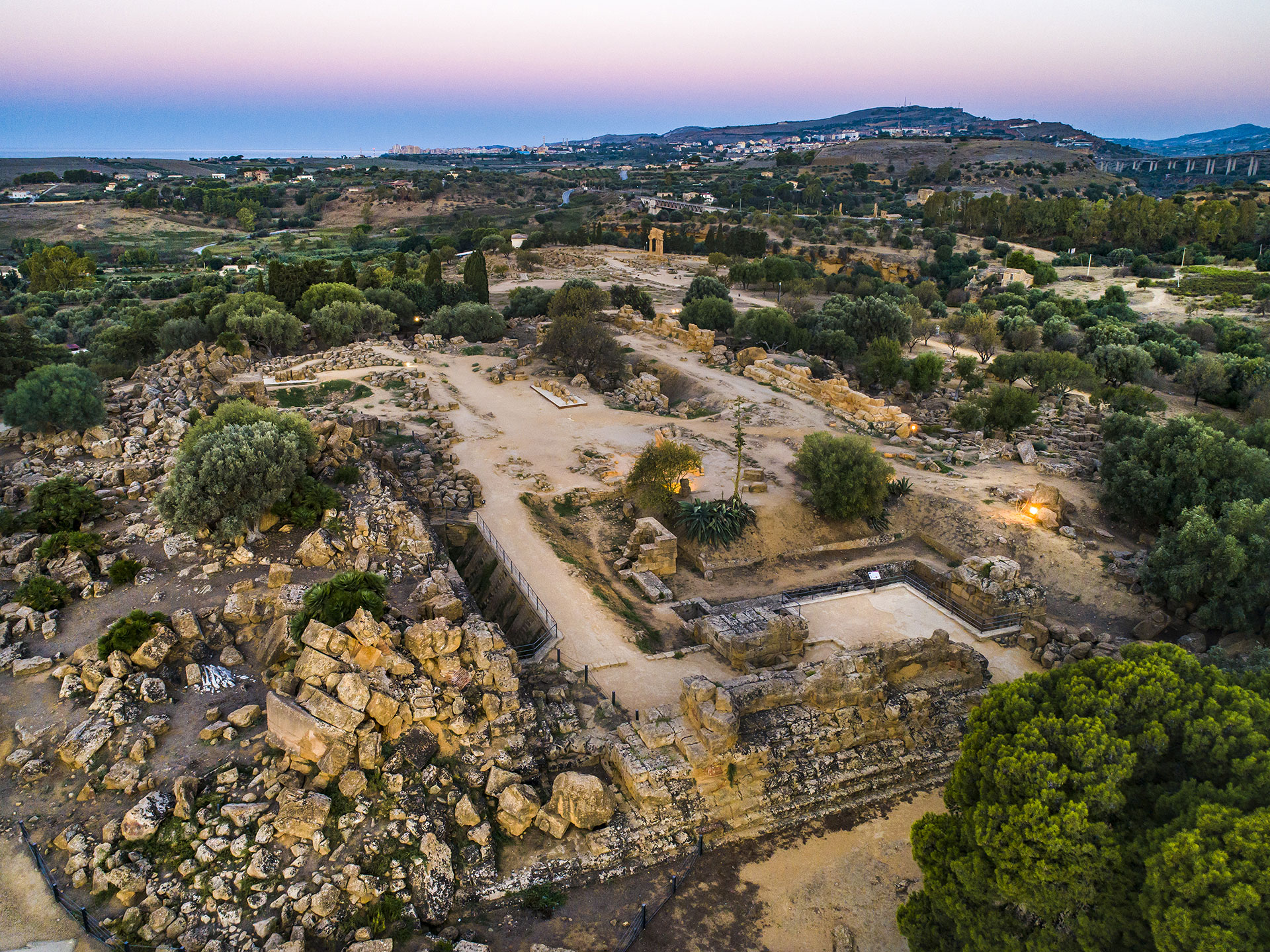 The ruins of the temple of Olympian Zeus bear testament to one of the largest Doric temples of classical antiquity. Unfortunately, the area – likely already damaged by earthquakes in the past – was used as a quarry in the Middles Ages (the cava gigantum cited in archival documents) and in the 1700s became the site of the harbour of Porto Empedocle.
According to the historian Diodorus Siculus, construction began immediately after the great victory of the Greek cities of Sicily over the Carthaginians in the battle of Himera in 480 BC.
The historian also maintained that the construction of the temple was never finished because it was still lacking a roof when the city of Akragas was conquered by the Carthaginians in 406 BC. The building, characterised by its highly original architecture, was constructed on a gigantic rectangular platform above which sat a five-step base, the final step being twice as high as the other four, to create a podium and set the temple apart from the surrounding environment.
The temple was encircled by an outer wall, characterised on its outside by seven half-columns in the Doric order on the short sides and fourteen on the long sides, corresponding to the same number of rectangular half-pillars on the inside. The original height of the half-columns is estimated to have been over eighteen metres.
Outside the temple, huge statues of Giants (Atlases), each around eight metres tall and frozen in the act of supporting the entablature of the temple with sheer strength, were positioned in the spaces between the half-columns on platforms measuring around eleven metres.
Inside this very tall building – very similar to an enclosure – there was once a highly original naos with no roof, most likely interpreted by Diodorus Siculus as a sign of the construction’s unfinished state. In fact, the roof was probably limited to the corridors around the naos.
The façades were embellished on the east side with sculptures depicting a fight between the gods and the giants, and on the west with the sacking of Troy (Iliupersis).
The remains of the great rectangular altar are visible a short distance from the eastern side of the temple.