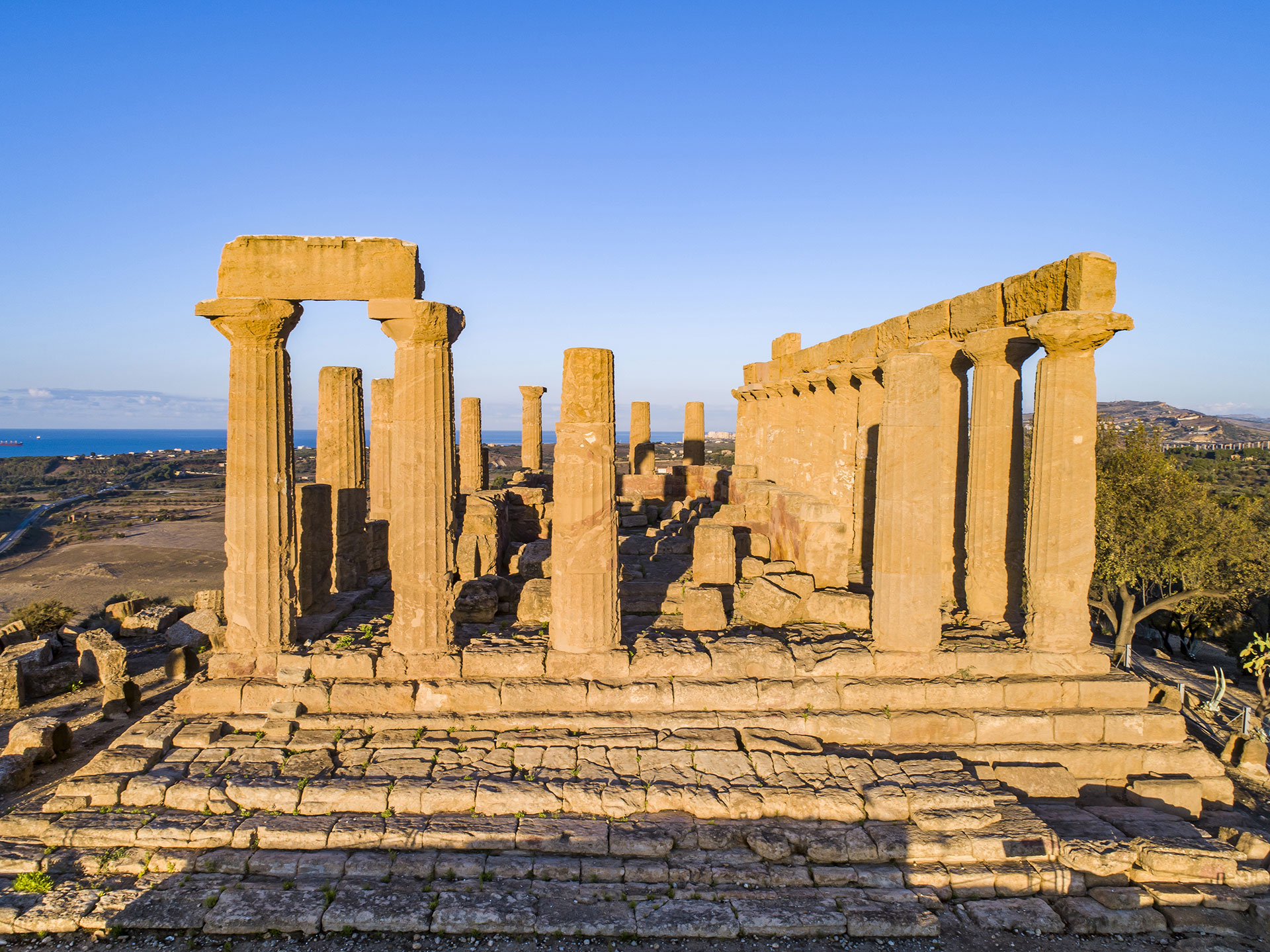 The Temple of Hera Lacinia (Juno) is located on the highest rocky spur of the Valley of the Temples at its easternmost point.
Like most of the temples in the Agrigento area, it is not possible to discern to which god the temple was devoted.
Its attribution to Hera Lacinia derives from an erroneous interpretation of a passage by the Roman writer Pliny the Elder, which in fact referred to the Temple of Hera Lacinia (Juno) on the cape of Capo Colonna near Crotone in Magna Graecia.
The building, constructed in the Doric order, was built sometime in the middle of the fifth century BC and features a base of four steps upon which stand six columns on the short sides and thirteen on the long sides. The temple’s interior is divided into the portico at the entrance, the naos and the opisthodomos, the rear room, with the portico and opisthodomos framed by two columns.
The door is located between the portico and the naos, flanked by two pillars with a staircase within to provide access to the roof for maintenance.
Fifteen metres from the temple’s entrance on its east side stands the altar, reached by ten steps.
It is possible that the temple sustained severe fire damage during the Carthaginian conquest in 406 BC, the signs of which can still be seen on the walls of the naos.
The building was perhaps restored during the Roman era.
Several restoration projects have taken place since the late eighteenth century, when the columns on the north side were levelled, until the more recent static interventions and conservation work carried out on the stonework by the Archaeological Park of the Valley of the Temples.