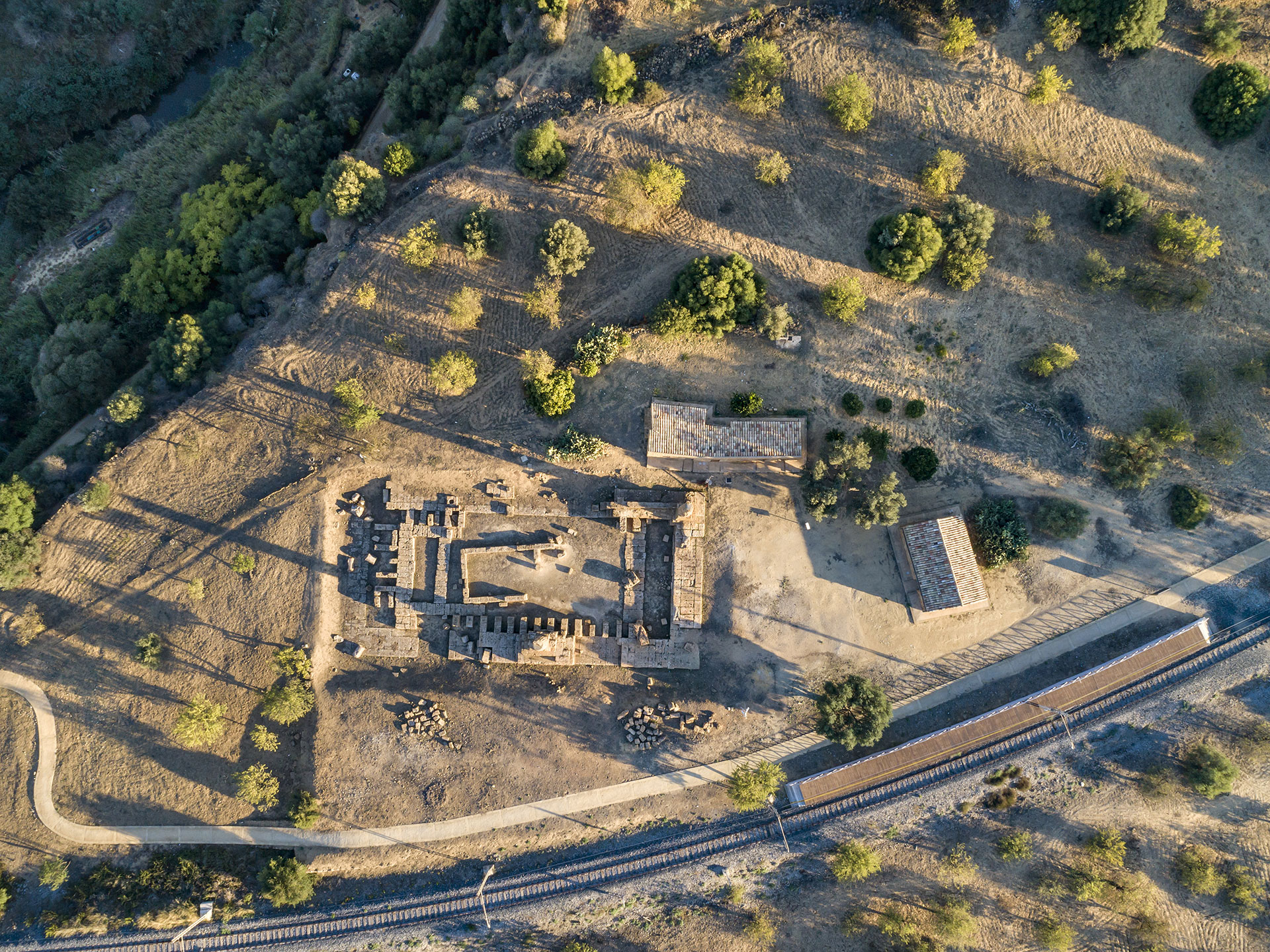 The Temple of Vulcan (Hephaestus in Greek) is located on the hill to the west of the Garden of Kolymbetra which separates it from the far south-west of the Collina dei Templi and the Sanctuary of the Chthonic Deities.
As is often the case in Agrigento, the traditional name of the Temple of Vulcan is purely conventional and supported neither by archaeological finds nor documents. Its name derives from an interpretation of a verse by the Latin geographer and writer Solinus, which makes reference to religious ceremonies held by an Akragantine lake not far from Vulcan hill (collis Vulcanius), so-called perhaps due to the presence of sulphurous springs.

Almost nothing remains of the temple today apart from small sections of the foundation with four steps and two surviving columns. The position of these columns has enabled historians to decipher the temple’s original composition; the temple was constructed in the Doric order around 430 BC and would have featured six columns on the short sides and thirteen on the long sides. The temple’s interior was divided into three chambers: the portico at the entrance, the naos and the opisthodomos, the rear room, with the portico and opisthodomos framed by two columns. The columns demonstrate influences of the Ionic order. In the naos, the foundations of a small temple dating to the sixth century BC have been discovered.
Several restoration works were carried out from 1928-29 onwards when, on the initiative of the British Naval Captain Alexander Hardcastle, various colonial houses built alongside the temple were removed, while more recently conservation work has been conducted on the stonework by the Archaeological Park of the Valley of the Temples.