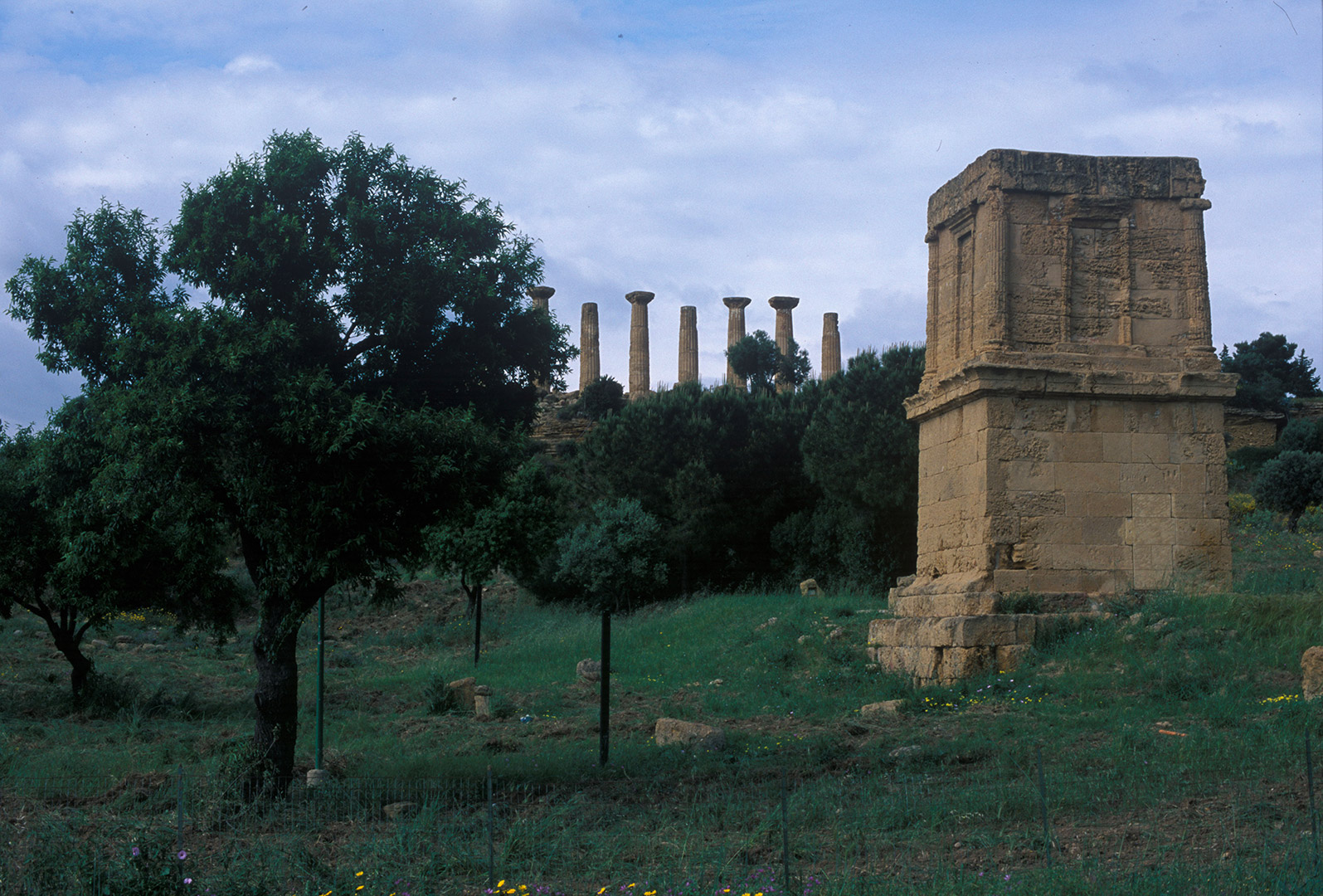 VISIBLE FROM THE OUTSIDE

Theron’s Tomb, as it is known, located close to the Temple of Heracles, is a funeral tower dating to the late Hellenistic period which once featured a spire. In fact, the tomb has nothing to do with the tyrant of Akragas who lived in the early fifth century BC. The name was attributed to the tomb by travellers on the Grand Tour. In fact, the funeral building belonged to the Roman necropolis known as Necropoli Giambertoni.